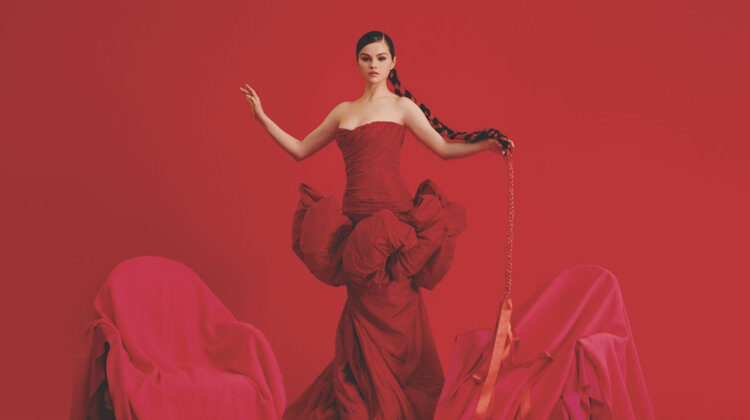 Selena Gomez releases her Spanish-Language EP, Revelación which is a grounded and mature homage to her Latina Heritage.

This passion project has been in Gomez’s career plan for ten years, which is evident from the blatant pride, care and craft of each of the seven tracks. Mostly recorded remotely, Gomez uses this release to uplift fellow artists from the Latin music community and produce tracks that are varied yet subtle in their creativity and artistry.

What is most clear in this release, however, is Gomez’s creative voice as a multi-talented singer, actress and producer – which shines through in her lyricism which discusses heartbreak, independence and more.

Although the pride and sense of care is strong, Revelación is distinguished by its subtle artistry. The lead single De Una Vez (the first all-Spanish song by a female artist to debut at #1 on the Worldwide iTunes Song Chart) boasts atmospherically sparse, yet rich textures accompanied by distinctively Latin rhythms.

Instead of being boldly extrovert, Gomez takes her time on all of the tracks to build sounds that are understated but grounded nonetheless. The sense of balance is clear, with every instrument in the texture sitting calculatedly in its box.

The same can be said for both slower and more upbeat tracks such as Buscando Amor (Reggaetón) and Selfish Love ft. DJ Snake (EDM). Gomez’s heritage combines with these genres to create engaging material, despite the language barrier that some might see as a concern for the accessibility of this music.

While Gomez showcases Latin pop in all its glory on this release, she also manages to convey the versatility and multiplicity of this sound – all whilst keeping the threads of assuredness and understated self-confidence running through the EP.

Even if you don’t speak Spanish, the themes on this album are universal and intimate. As well as discussing lust (Dámelo To, ft. Myke Towers; Vicio) and partying (Buscando Amor), the opening track De Una Vez frankly portrays ideas of independence, healing and forgiveness (No te tengo a ti, me tengo a mí/No es para que piense’ que esto es pa’ ti – I don’t have you, I have myself/It’s not for you to think that this is for you).

This takes a deeper but more optimistic tone in Adios, in which Gomez celebrates the independence of a breakup and calls out controlling behaviour (Pero entonces, ¿por qué me reclamas?/Preguntándome cómo y con quién – But then, why do you claim me? Asking me how and with whom).

Confidence and versatility are the best two words to describe this EP. Selena Gomez celebrates her Latina heritage, whilst adding her distinctive style to the sound and enhancing it through collaborations and poignant lyricism.