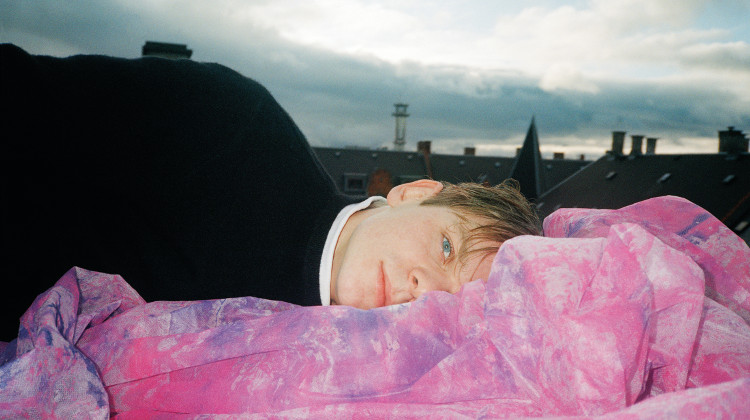 School of X, otherwise known as Rasmus Littauer, is a Danish artist and also a well-established figure on the Copenhagen underground scene. Debut album Armlock draws on influences by diverse artists such as Slowdive, Spiritualized, Primal Scream and Whitney Houston. Like I said, Diverse.

I haven’t heard a lot of Danish artists before so it’s interesting to see what School of X will bring forth. The School of X moniker is inspired by Eksskole – the Copenhagen-based anti-establishment art collective in Copenhagen in the 1960s. So is this album a Danish version of Bauhaus?

Armlock is a collection of love songs with an emphasis on independence and learning from the experience to become a better individual. School of X has now moved on from playing as a solo performer and this debut features several collaborations including Spencer Zahn, Yangze, Ary, Vera, Trentemøller and Lord Siva.

Where do I Start’s intro reminds me of the Annie Lennox song Love Song for a Vampire which is a good beginning. Rasmus Littauer’s vocals are disarmingly high to my ears to begin with, and this is not the vocal range I am usually attracted to. However, the track has a great atmosphere and the song leads the listener nicely into the album giving you a head start on what Rasmus Littauer’s music is all about and his style and approach to music creation.

There is a constant feeling of summer about the record as it whisks me, mentally, onto a pebbled beach next to the sea, possibly in Brighton. Transporting and atmospheric music is very welcome over the lockdown and this track succeeds in tapping into my memory bank and taking me to freer times. For this reason, I like it.

The lead single for the album is Collarbone (feat. Lord Siva). There is something very fashionable about this track and I imagine a series of beautiful young people walking up a catwalk to this. It flows along nicely and only creates beautiful images in my mind. It is soothing, flowing, and atmospheric. The intimate ballad Flowers may well have been inspired by Whitney Houston and Sade but has a sadder vibration to it. It is also the shortest and quietest track on the album and is best described as a close, intimate note from the heart.

Believe It has a simplified approach almost like a colder underground version of the Beatles anthem Hey Jude. It reminds of ice crystals forming on a window and really sounds like a song written in the winter.

School of X has created an inventive and bewitching album that transported me to a feeling of freedom and serenity. This is a great debut.