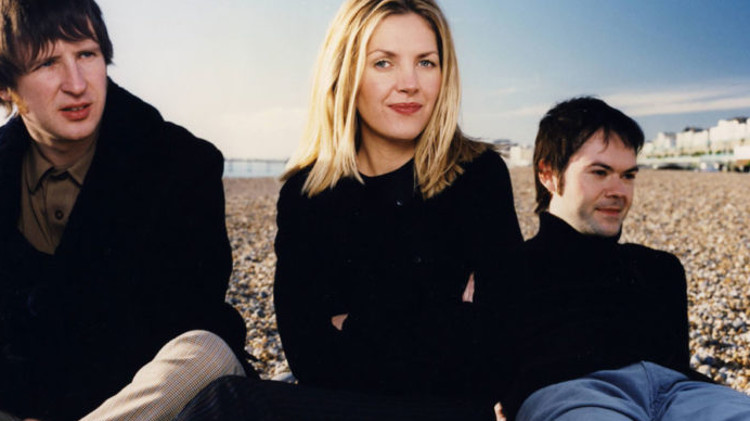 In which the supreme pop-collagists show themselves to be on top of their game, conjuring aural magic by sprinkling big hitters amongst their latest material.

In September, the trio issued their latest record, I’ve Been Trying to Tell You, a Lockdown project that sounded initially sketchy and under-powered but whose myriad layers revealed themselves after sustained attention: they made a concerted effort to mine the more experimental sounds typically side-stepped in reductive, Brit-Pop-dominated depictions of the decade: trip-hop’s blunted and mournful shuffle, jungle’s rattle and rumble and the crepuscular, slinky grooves of R’n’B. Samples from tracks by the likes of Natalie Imbruglia and The Lightning Seeds were slowed down, looped and reconfigured as spectres of late 90’s, Y2K drum-machine soul.

Tonight, support act Jane Weaver seems an entirely appropriate choice as warm-up, a true survivor who’s eschewed decades of pop trends in pursuit of her own idiosyncratic and dreamy melding of krautrock, electronica and psychedelia; you can imagine her ethereal retro-futurism scoring art-house perennials such as Daisies or Valerie And Her Week of Wonders. Her cut-glass, quintessentially English vocals permeate her madrigal-infected soundscapes with something akin to cosmic magick.

The ageless, wide-eyed and perennially giddy Cracknell commands attention centre stage with her endearing charm, 60s chic, wistful vocals and sparkly, silver-flecked jacket. Her septet (Wiggs and Stanley are crouched at the back of the stage, over their digitals) are flanked by a backdrop of a series of alluring visuals throughout the evening, a cavalcade of striking images of London youth and the icons (Francoise Hardy, Frank Worthington et al) who’ve inspired a band who are as much scholars as auteurs, steeped as they are in the iconography of 1960s, 1970s and 1980s music and popular culture.

Their signature version of Neil Young’s Only Love Can Break Your Heart is ecstatically received and its extra injection of low-end bass here serves to remind us of the alchemic joy of Saint Etienne’s early Balearic experiments at the nexus of hip-house, Screamadelica/Groove Is In The Heart– like psych-rave and piano-driven dance-pop.

Mario’s Café, a love-lorn gem from 1994’s So Tough, preserves its slinky, organic allure and Spring still reeks of the sighs of half-forgotten adolescence. Elsewhere, the doomy trip-hop pulse of Penlop injects edge and angularity, and the welcome inclusion of swooning electro-pop anthem, Who Do You Think You Are? is a stirring and exultant surprise.

After bringing the house down with an irrepressible, soaring Nothing Can Stop Us Now, they reconvene for a tender performance of a delicate, brooding, violin and trumpet-abetted new number, Her Winter Coat, from their forthcoming Christmas EP. This is followed by an avowed fan favourite, He’s On The Phone, an electro-disco dancefloor thumper which surges to transporting effervescence.

As the assembled throng pile out of the theatre, it’s been a salutary reminder that this magpie-like outfit have long been at the forefront of the post-modern, mix-and-match musical ethos that now dominates in the Spotify and streaming era and are continuing to find new twists on a winning formula.