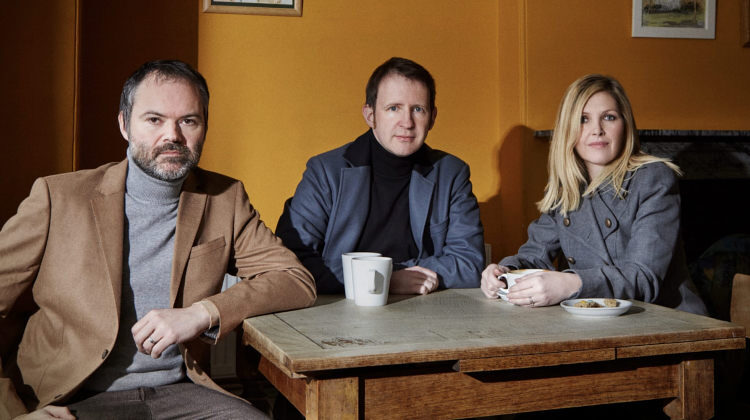 The latest Saint Etienne album I’ve Been Trying To Tell You perfectly captures hazy summer memories, dreaming up 90’s nostalgia with an assortment of samples from the era.

30 years on from their cutting-edge debut Foxbase Alpha, Saint Etienne return with their 10th studio album, an idyllic odyssey into the dreamlike nature of past memories. Created to soundtrack the Alasdair McLellan film of the same name, I’ve Been Trying To Tell You was produced entirely remotely by founding trio Bob Stanley, Pete Wiggs and Sarah Cracknell. Whilst the sound is unlike anything Saint Etienne have done before, it still has their recognisable stamp all over it.

The album is heavily sample-based, sounds and recordings from 1997-2001 are reworked to evoke memories from what the group refer to as the last era of optimism in the UK.  The opening track Music Again encapsulates that mood. A sampled harpsichord melody from an old RnB hit is matched perfectly with Cracknell’s soft vocals, resulting in a warm and captivating piece and an ideal introduction to the record.

The following track, Pond House, is arguably the highlight of the album. The alluring Natalie Imbruglia sample: “Here it comes again” repeats hypnotically throughout the track, creating a floaty, dreamy ambiance with echoes of Groove Armada’s – At The River. You can almost feel the coastal breeze as the track concludes with the gentle sounds of waves lapping on the shore.

The album surges on, from the unsettling screechy samples and eerie spoken vocals of Fonteyn, to the ambient birdsong and playful melodies of Little K, all tracks belong and feel meaningful. I’ve Been Trying To Tell You progresses with two non-sample based tracks. Reversed strings and synths building up to the atmospheric instrumental Blue Kite, whilst cryptic vocals filter in and out of hazy guitar in I Remember It Well. All tracks follow the underlying theme of the album, sustaining the dreamlike state of limbo and never swaying from the high end of downtempo.

This theme continues in the final two tracks. The atmosphere builds slowly in Penlop, the ambient intro disrupted by luscious pads, muffled bass and smooth echoing vocals, forming another spellbinding piece. A euphoric blend of luscious guitar and piano come together seamlessly to create a fitting finale with Broad River. Cracknell’s soothing vocals poignantly fading away as the track comes to an end.

What I’ve Been Trying To Tell You does best is evoke vivid memories of youth. Meeting friends on the beach in the last days of summer, skimming stones and drinking warm cider, a time when life was carefree. The album is both melancholic and uplifting, the yearning for past times that can never be revisited, but also the joy that comes with reminiscing them. Whilst the album may lack a real standout track, it should be appreciated as a whole. Each track is well thought out and deserves to be there, and improve with each listen. It’s another fine addition to Saint Etienne’s impressive discography.