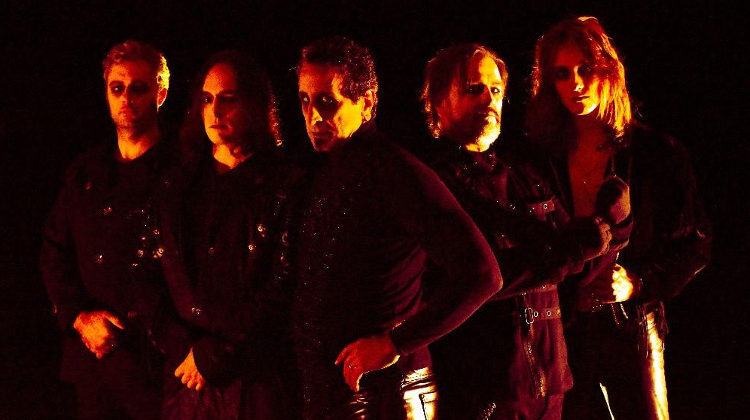 Thrash metal’s unsung heroes, Sacred Oath, come back to battle with the beasts on their latest record, Return of the Dragon.

Sacred Oath are a band that, I feel, has never received the kind of attention they deserved. You would be mistaken for believing that this thrash metal band is from more recent times if the consistency of their output in the past decade is anything to go by, but the band have been active since the mid-1980s; that’s right, the time peak period of Slayer, Overkill, Annihilator and Sodom. With that said, why aren’t more people talking about Sacred Oath? Because Return of the Dragon is great.

The title track surprised me upon first listen for how the intensity ramped up organically, with the soft piano leading off the intro giving in to the thrashing fury and fried vocal screams that liven up the last few seconds. Fortunately, everything in between is energetic and rife with punky energy.

Cthulhu Wakes is much more of an arena rock anthem with the band flexing their power metal prowess. This is evidenced best by the chanting chorus as the entire band repeats the name of the Eldritch abomination to a hypnotic degree. Not only is it catchy, but these moments are bolstered by stunning guitar solos and some truly soaring vocal lines from Rob Thorne, the closing vocal and guitar harmony being my favourite part of the entire album.

The choruses across the board are earworms for sure. Hammer of an Angry God is another great example of this with a very impressive vocal performance and lots of open power chord progressions; rock and roll at its finest. Upon first glance, I was expecting something akin to Amon Amarth but was met by the crunch and flow in a similar vein to The Night Flight Orchestra. The lead guitar licks by Bill Smith are something special on this track and they are made all the better by the stunning production.

I was able to find a video that showed the band tracking the record all at once. If this is indeed the case (the Metallica and Megadeth old-school approach to recording), then it is commendable in this modern age of digital production that is sadly all too common in metal music these days.

How this translates into the record itself is overt. Percussion is punchy and light in the mix as thrash should be; this allows for the guitars to have a dominant position in the mid-region as expected. Bass is very subtle, but the few moments it was audible presented a warm but fuzzy tone with the vocals slotted perfectly in between, weaving in and out where necessary, or just riding on top. There was clearly a lot of thought put into the composition and it comes across on the product.

Root of all Evil is something of a power ballad, not dissimilar to the likes of what The Scorpions or Saxon could draft, at least initially. Let us say that this deceptive little intro is quickly washed away by a Tom Araya-style scream for the ages as the lead guitars charge in malice assault. It has a great sense of finality to it and this is to be expected when considering it’s the album closer.

What we have here is a great fusion of power and thrash metal that graciously embodies and compliments one another effortlessly This is made possible through some solid songwriting and great focus on dynamics. It is an awful thing when a talented band flies under the radar like this, but unfortunately, it’s a sight that’s a familiar story for hundreds, if not thousands, of metal bands working today. Return of the Dragon is a fantastic record that I urge the metal faithful among you to indulge in. There is a lot to uncover and even more to appreciate.