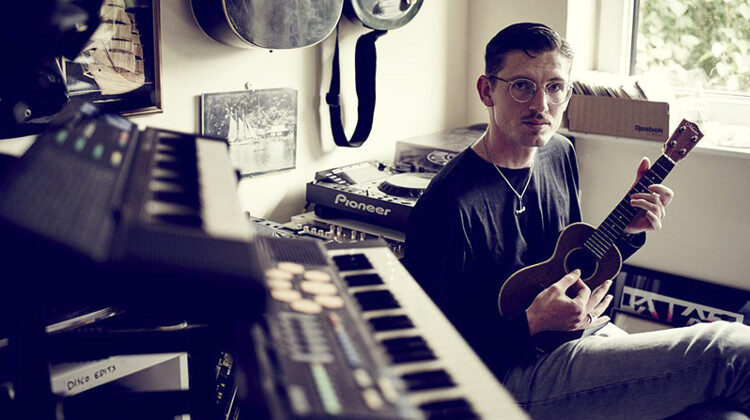 Romare releases his third full-length for Ninja Tune, seeing the producer draw a line in the sand between the sample sorcery of previous releases and a new era of organic, happy-sad dance.

On his latest long player for the Ninja Tunes label, Home, the enigmatic producer, who studied American Visual Culture at university and borrows his alias from the jazz age abstract artist and musician Romare Bearden, mines the pulse and dynamics of kinetic house music whilst steering his ever-evolving sound away from vinyl sample-based sorcery towards a more organic approach that accommodates organ, twelve-string guitar and drum kit.

It sets out its stall with the weighty broken beat of Gone, in which a whirling synth and organ, slamming bass, low-slung steel drum loops and waves of gospel trills are joined by supple piano chords. The sure-footed injection of live playing works up a magical buoyancy on Dreams and Sunshine. Dashing winds of synths leap to the fore on both tracks, propelled by gritty chunks of bass; Romare’s gift for juxtaposing bottom end grime and airy melody furnish the songs with an air of both sweet sorrow and hands-in-the-air jubilation. Elsewhere, The River comes studded with Chicago house chords and registers a gut level impact, whilst Deliverance doffs its cap to label-mates Cinematic Orchestra with a mournful film soundtrack vibe.

Like Bearden himself, Fairhurst naturally gravitates towards collage, exemplified by the exultant mantra, Heaven, which pays homage to early 1990’s with its cut-up vocal hook, slurring keyboards and dusk-in-a-field serenity. Yet most of Home is enlivened by the spontaneity of live performance, as exemplified by the title track’s spirited combo of perky flute, flanged acoustic guitar and wheezing pump organ.

Home follows a period of transition where Fairhurst relocated away from the big smoke and to the countryside to raise a family and build a studio; an affinity for the immanence of nature resides even within the skippier, pop-facing bangers, promising to spill over into bittersweet, cosseted warmth.

The glassy digitals of Home make for a strikingly crafted and finely detailed album that rewards sitting down and experiencing it in full. Romare subtly cultivates intimacy by cannily coalescing euphoria and melancholia; his increasingly precise command of his baubles of affirmation enables him to rise above his peers.