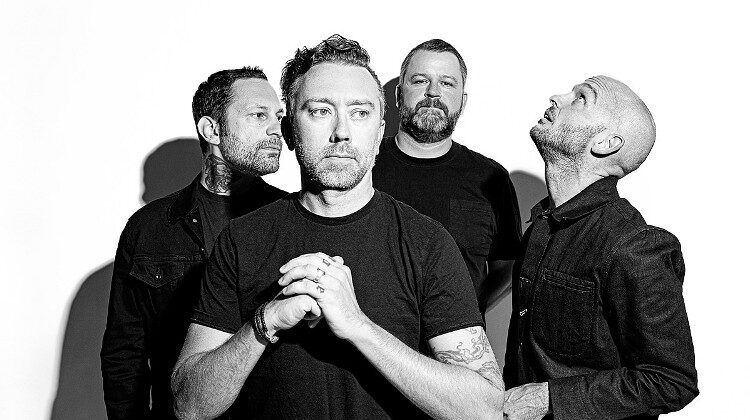 Politically charged and unapologetic in its approach, the latest album from Rise Against, Nowhere Generation, does not hold back when it comes to criticising the way in which America’s younger generations have drawn the short straw.

Four years after their 2017 album Wolves, Rise Against are back with another musical remark on society. The result is eleven tracks’ worth of aggressive guitar, catchy choruses, and lyrics that force you to really listen.

Speaking of the record’s themes, lead vocalist Tim McIlrath says: ‘Today there is the promise of the American Dream, and then there is the reality of the American Dream. The brass ring that was promised by hard work and dedication no longer exists for everyone. When the privileged climb the ladder of success and then burn it from the top, disruption becomes the only answer.’

These themes are addressed in a variety of ways throughout the record, most prominently through memorable singles such as the titular track Nowhere Generation as well as Talking to Ourselves. However, one of the record’s highlights is one of the slower songs, Forfeit. With a stripped-back texture, intimate acoustic guitar and poignant lyrics, this ballad can be interpreted as one that addresses the topic of being there for those who may be struggling mentally.

Rules of Play is also one of the top tracks, serving as a powerful finale to the album that encapsulates the loss and confusion felt by many members of the younger generation upon entering reality. There is no handbook to life, and the lyrics capture this idea well: “Because this life is a game I don’t know how to play / So many lies and disguises I can’t tell what’s fake.” The chorus is guaranteed to stay in your head all week, and the major key change at the end alters the tone of the song in a way that is almost epic, before leading into a pensive-sounding outro.

Overall, Nowhere Generation is by no means a bad album. Musically, the tracks have enough variety to keep the listener interested whilst staying true to a definitive style; the lyrics certainly maintain our attention due to their originality; and the record as a whole demands that we listen and take note of the message that the band is attempting to convey – and, might I add, they convey it rather well.