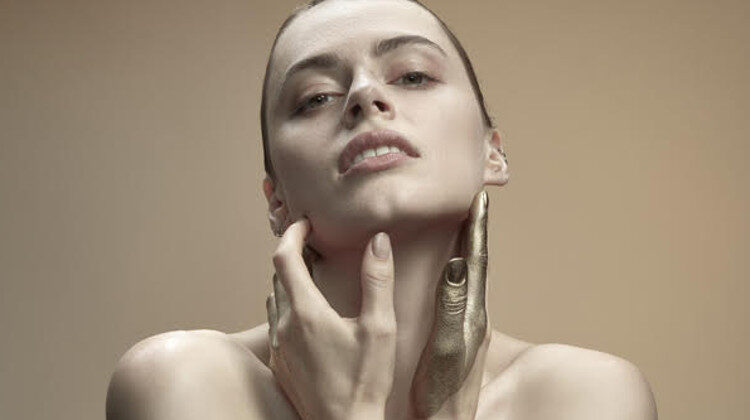 Laden with mesmerising vocal melodies and retro instrumentation that totally pulls you in right from the beginning, Riki’s new album is pure Gold.

Attention everyone, the 80s are back – and boy am I here for it. Riki’s new album Gold lives up to its name in that it is full of celestial, synth-based soundscapes from start to finish. From the polished use of the drum machine to the airy vocal effects, this album is a treat.

The record jumps right in with Lo, a track whose intro sounds as though it could have come directly from a Tears for Fears song. The haunting, ethereal vocalisations in the background on top of the brooding main melody make for a wonderfully sensual, intoxicating track. The following song and lead single, Marigold, continues in the same vein, featuring vocals by Joshua Eustis of the electronic band Telefon Tel Aviv whose vocals work exquisitely with Riki’s amidst the rhythmic synthesisers that drive the song forwards.

Another album highlight is the enchanting Porque Te Vas, which begins with bossa nova-inspired beats before moving into a smoother, almost marching sound later on. Additionally, the broken chords only add to the sublime nature of the track – I don’t know if it’s just me but this entire song gave me luxury-perfume-ad-vibes. The good kind, that is.

The record does fall a little short in that it focuses so heavily on sound that it ends up being at the expense of some of the lyrics. It often becomes impossible to hear what Riki is actually singing due to the vowel-heavy nature of her vocals, making her at times blend in more with the instrumentation rather than standing out as a lead vocalist. Still, the sound that she produces is wonderfully sleek – I just wish I had some consonants in there. Additionally, some of the tracks, whilst certainly producing an evocative atmosphere, manage to simultaneously keep you interested and make you zone out a little, too; where ambience and atmosphere are stronger, occasionally the main melodies end up being a little weak.

On the whole, though, Gold is by no means a bad album whatsoever – a perfect blend of retro synth-pop and delicate ambience. If you’re yearning for a return to something that sounds a little more nostalgic without compromising on sophistication, this record is for you.