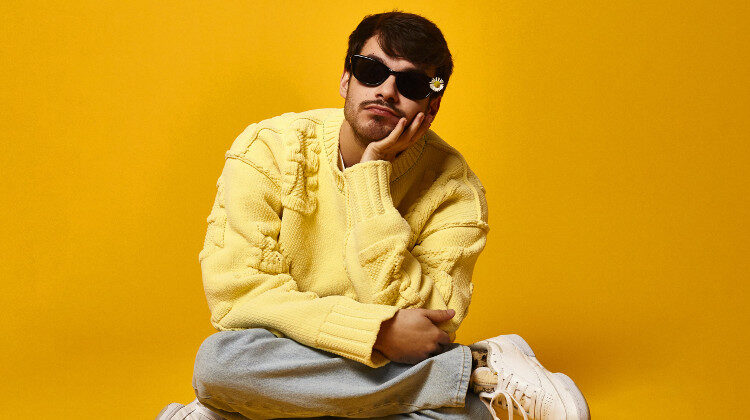 Since the release of Rex Orange County’s 2019 album, Pony, much has changed in the world. His sound is not one of these things. This consistency might come as a small comfort to those who have found solace in his particular brand of soft-boy teen-pop over the years since his Soundcloud smash-hit Corduroy Dreams. “We’re only sixteen”, he says at the end of the first verse⁠—a statement that would not only have applied to himself and his high-school sweetheart, but presumably also to many of his listeners.

With this in mind, it’s easy to assume the majority of his audience are now in their early 20s. On one hand, opening track KEEP IT UP (“Keep it up and go on / Yeah, you’re only holding out for what you want / I know that it’s so frustrating / It’s enough, keep it up”) is an encouraging pick-me-up for a generation whose formative years have been uprooted by one world event after another.

It’s hard not to feel uplifted by its swelling string section and simple, Toy-Story-soundtrack-style tinkling piano. AMAZING might be a welcome confidence-booster in the right girl’s headphones, while Tyler, The Creator’s appearance on OPEN A WINDOW, his first collaboration with Rex since his 2017 album Flower Boy, is also an appreciated change of pace.

On the other hand, it’s also the only change of pace—WHO CARES? is achingly one-note and painfully safe. While Rex Orange County’s boyish voice and stripped-back instrumentals remain likeable, it’s hard to say the same for his lyrics. The candour with which he discusses his own mental health is admirable, but he never scratches beyond the surface.

The eleven songs somehow manage to use a lot of words to say nothing much at all, and after the first few, the album becomes a game of ‘Sad Boi’ bingo. “I’m in a place in front of a dozen / people I’ve never met / And I don’t know if this is correct”, he says on KEEP IT UP. There’s the depressive “It’s not worth it anymore, I feel insane / And I’m not sure why things change / What’s worth it anymore?” on WORTH IT. “Search the definition of ‘shame’ / I’m sure you’ll see my face”, comes up on AMAZING.

The entirety of 7AM toes the very fine line between relatable and needlessly plaintive, and he even ruminates on his interior-decorating-induced heartache in THE SHADE (“But I kept opеning my door / Just to see if you would walk through / But now I’m painting all my walls / Just to see if you like the shade”). The album feels almost like a peppy allegory for the five stages of grief; five stages which you might also go through upon realising that almost every song sounds almost the same as the last.

WHO CARES? was the product of a number of mid-quarantine “sessions without expectations” with musician and songwriter Benny Sings, which has resulted in an album as playful and aimless as anyone might expect from that description. It’s a double-edged time-capsule of an album—whether it optimistically reminds the listener of better, simpler days, or marks Rex Orange County’s teetering on the tightrope of any real relatability, is up for debate. Then again, WHO CARES? about what others think? (Apart from Rex, that is.)