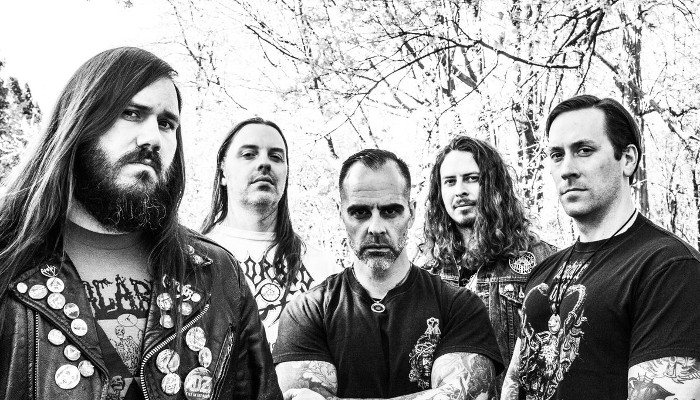 The latest release from Temple of Void is sure to leave listeners hungry for more.

Delivering the Dead is a split 7” from Temple of Void (USA) and Revel in Flesh (Germany). We will cover the Temple of Void contribution to the record, Harvest of Flesh, in this review.

Temple of Void have been favourites on the underground Death / Doom Metal scene for some time. They released Demo MMXIII in 2013, and full-length releases of Terror and Supernatural in 2014 and the crushing follow up Lords of Death in 2017. They also contributed to the Celtic Frost Morbid Tales tribute album by recording a jaw-dropping cover of Os Abysmi Vel Daath. 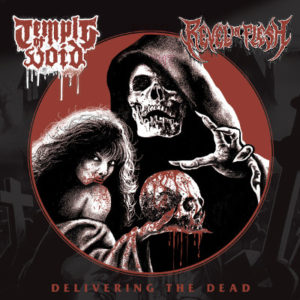 Released in 2019 on Unspeakable Axe Records, Harvest of Flesh is not only a punishing song but it shows an already fantastic band progressing. The song delivers a devastating wall of sound – great song structure, heavy, melodic riffs, and spot-on vocals. It begins with a subtle punch to the face, and never lets up as they rip through the 6:24 song with precision and heavy lyrical content such as – “Take the bait. Break the ice. It’s the last time you’ll be seen alive.” Vocalist Mike Erdody’s delivery is both furious and oppressive and adds a perfect layer over the music. Rhythm section Jason Pearce (Drums) and Brent Satterly (Bass) lay down a massively heavy foundation, with Pearce being one of the heaviest hitters in the business. Guitarists Alex Awn and Don Durr provide the crushing and catchy riffs for the record, and they rip through the track in brilliant fashion. Whether you are familiar with Temple of Void’s previous work or listening for the first time after reading this review, you will get exactly what you’re looking for with this track…and more.

With new music from Temple of Void on tap in both 2019 and 2020, listeners won’t have to wait long to hear what is up next for the Detroit, Michigan (USA) based band. They will have three new songs this summer on an Unspeakable Axe compilation CD, 4 Doors to Death, and a full-length record to follow on Shadow Kingdom records next year. Harvest of Flesh is a great appetizer for what is to come, and you will surely be seeing a lot more of these guys in the future.