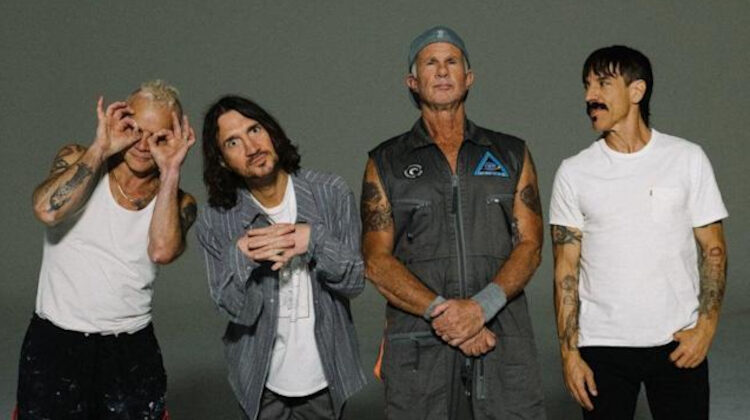 It’s been a little over two years since the Red Hot Chili Peppers simultaneously announced the departure of Guitarist Josh Klinghoffer and the return of the virtuoso guitarist synonymous with the band, John Frusciante.

I, like many others, was filled with pure joy to hear John was returning to the LA Funksters for his third stint with the band. Don’t get me wrong, the Klinghoffer time spawned some good creativity moments in the band; especially on their first album together, I’m with you. Josh was the seventh guitarist to grace stage left for the Chili Peppers. But to many, there is only one six-stringer for the position in Frusciante.

It’s not only John returning to the fold either, but long-time producer supremo Rick Rubin takes the helm again after sitting out of the last RHCP 2016 offering, The Getaway. It’s been a long wait from the original press release to new music reaching the airwaves, which I’m sure is a mix of the writing process and the global pandemic, but new album, Unlimited Love is finally here.

Opening with the lead single Black Summer it’s a safe track to reintroduce the masses to the Peppers’ sound, reminiscently harking back to the uber-successful ‘Californication’ era of the band’s sound. It’s a great recap of what the classic incarnation of the band can achieve when they’re in a rehearsal room together. The key and lyrics are melancholy in tone, a reflection of a world in turmoil at the time of writing, perhaps.

By the third track, Aquatic Mouth Dance, I’m getting a warm glowing feeling of being in the company of loved ones. That perception is projected in the music coming from my speakers; you can get the sense you’re hearing four people who love playing music together and really feed off what the other is doing.

The sleeper track comes in just over halfway through in the form of Whatchu thinkin’. The track opens with a slow groove from the rhythm section before guitars and vocals join in the fray. The flow moves your body while the melody moves your heart and plucks at your spirit. At that very moment, I am the chili’s and they are me.

Every member of the funk-rock outfit is firing on all four cylinders. There is no attempt to catch lightning in a bottle here, it just comes so naturally to them all. It’s a cliché considering there are so many big players within the Red Hot Chili Peppers, but the whole is greater than the sum of its parts. There is a strong argument to say each member is at the top of their respective class, but Anthony Kiedis truly is the greatest poet of our generation.

The overall strength and theme of this LP is familiarity. It draws the listener in like a fond memory you long to relive. This in turn can also be its vulnerability. When the Chili Peppers stray from the path of their habitual sound, the results can seem uncomfortable. This is no more evident than the fourth track Not the One. It’s not a swing and a miss by any means, but the slow ballad is out of character for the California natives with its piano runs and country style lead guitar. With all that said, to grow we must feel vulnerable outside our comfort zone.

On an additional note, vinyl collectors are spoilt for choice. There are no less than 17 variants available on the market. One for each track on this titan of a record. The Chili Peppers have once again served up a veritable feast of sonic food for the soul.

Unlimited Love is a 17 track show of affection to those who have fallen in love with four funk-punk kids, whether that was back in 1984 or any music adventure in between. The Red Hot Chili Peppers have mastered the art of making time stand still whilst moving forward. They’ve gone from shock rockers on the LA scene to Bonafede rock n’ roll legends around the world and loved every step along the way.