Home » articles » Public Enemy: What You Gonna Do When The Grid Goes Down? – Review 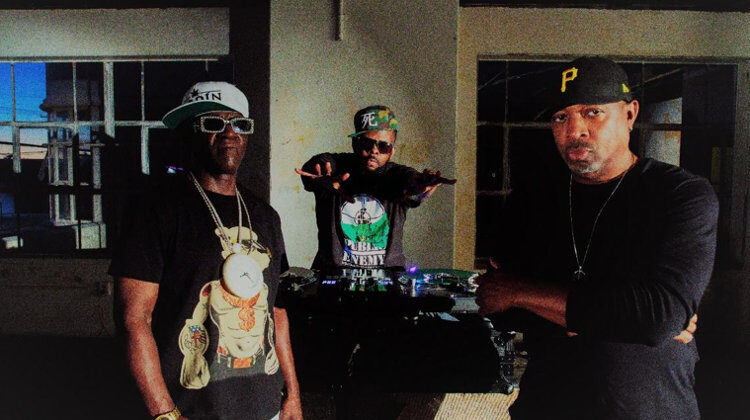 Craving strong, politically-oriented hip-hop that reflects the times we are living in with a respectful nod to the past? Public Enemy delivers this and then some on latest album What You Gonna Do When The Grid Goes Down?

Returning to Def Jam with Chuck D at the helm, political messages and contemporary reflection are embedded into the fabric of the entire album. With a healthy mix of nostalgia and contemporary topics, Public Enemy have updated their lyrical content without compromising their signature production and messaging.

The opening track When The Grid Go Down ft. George Clinton presents an apocalyptic, lo-fi soundscape, over which Chuck posits rhetorical questions about the pervasiveness of technology in our lives. Other notable collaborators include The Beastie Boys, Run DMC and Ice-T, all of whom incorporate political-oriented material into their lyrics. What stands out most is the unmistakability of PE’s sound. The repetitive, chanting chorus structures and sample-filled production remains distinctive but not outdated: a testament to the lasting durability of their unique sound. Although the sheer density of samples and references requires a vast amount of hip-hop knowledge to be comprehensively understood, it is refreshing that Public Enemy are not afraid to allude to the sampling roots of hip-hop culture; rather than favouring clean production to achieve contemporary relevance.

There is also ample reflection on the group’s career and hip-hop history. At the close of play, Flav and Chuck reflect on artists who are no longer with us in Rest In Beats ft. The Impossebulls and R.I.P. Blackat. Although this nostalgia becomes somewhat laboured when drawn out for too long, particularly in Yesterday Man ft. Daddy-O, it is generally executed sparingly and well. This relationship with the past is exemplified best in the triumphant lead single Fight the Power: Remix 2020 featuring guest verses from Nas, Rapsody, Black Thought, YG, Jahi and Questlove (with Rapsody’s verse being particularly incredible amongst this all-star line-up). Over 30 years on, its messages translate almost perfectly to the political landscape of 2020 and the Black Lives Matter movement, with Nas noting that “The next generation still singing fight the power”.

It is alarming that Public Enemy’s messages about racism and injustice ring true just as much now as they did in 1989, even when applied to Donald Trump, memes and mumble rappers. That said, it is great to see Public Enemy and their collaborators reminding listeners of the timelessness and continued importance of these ideas. This album is an experience, in which the tracks flow well together and are cohesively linked through a balance of political themes and reflection. Although it would have been great to see more female inclusion, Ms Ariel having the last word on what it means to be a black woman is a powerful statement for the future of hip hop and racial injustice.