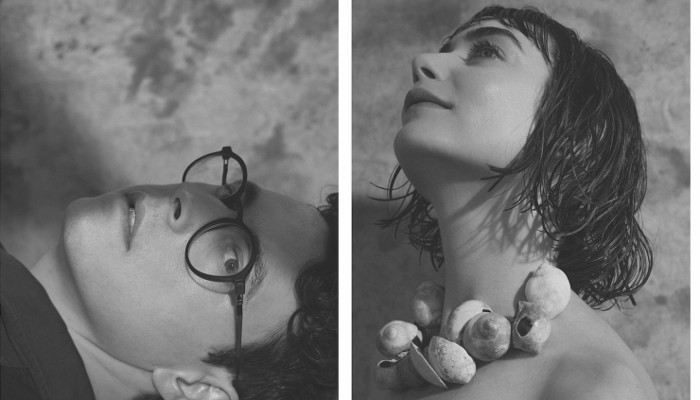 Pétra release their debut album Aunis amidst sonic landscapes and skillfully realised sounds that manage to dive into your subconscious and never let go.

Recorded on the volcanic Greek island of Nisyros late last year and inspired by the photography of Daniel Boudinet, Aunis is a dark smear of aqueous electronica, power-drill drones, cascading rave and lurching industrial motifs, with free-form improvisation at its core. Rather than be submerged by cacophony and congestion, Aunis indulges in a swaggering precision control of its torrent of woozy euphoria. 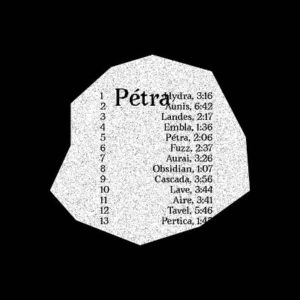 From the chilly synth patterns and tropical atmospheres of Cascada to the limpid minimalism of Lave and the airy, Jan Garbarek-infused airport jazz of Tavel, Aunis achieves a satisfying and elegiac balance of digital and organic sounds, transcending the anodyne loops and comforting repetition of the less imaginative tropes of ‘ambient music’. There are twinkling melodies, cavernous hiss and waves of abstract noise here that hook the listener by virtue of it all sounding like a crooked haunting of a half-remembered moment or the tentative navigation of the abyss.

The effect is engrossing, engulfing and soothing, as surging currents of sound sandpaper your synapses and burrow into your brain whilst shimmering above oblivion without surrendering to it. Echoes of fellow sonic annihilators Fennesz, Fuck Buttons and Black Dice hover into view but this masterfully orchestrated catharsis possesses a bruised grandeur all of its own.