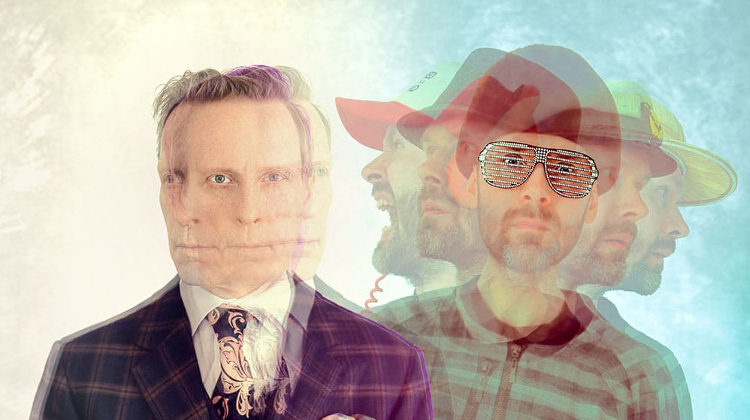 It’s equally perplexing as it is captivating- a cacophonous concoction of psychedelic rock, acid jazz, hard dance, progressive funk, and various other influences, and next to impossible to compartmentalise in one genre.

The Pepe Deluxe listening experience is generally one that requires a degree of open-mindedness to be fully appreciated in all its glory- this album is of no exception. Before going into its content, it’s important to note the distinct backstory behind Phantom Cabinet Vol. 1. The Helsinki-born duo travelled all over the world to gain inspiration for and record the tracks. In turn, there are some incredibly obscure instruments featured throughout, including the Soviet Russian ANS synth, which translates images into sound. The use of unconventional instruments is not just for the sake of experimentalism, but also a tribute to instruments that have been lost by the mainstream music world.

The opening track, General Deluxe, is a rich soul-pop sound that is both anthemic and psychotic, featuring sci-fi synths, powerful vocals and jazzy instrumentals. Girl from Santanville Ft. Demon Fuzz follows. Its sultry folk-rock sound accompanied by tribal beats is intriguing, and the spoken-sung lyrics add a charismatic charm to the song. A Morning Beautiful changes pace completely, being baroque and tentative in its delivery, and lends weight to the duo’s earlier work with organ instruments.

The band’s impressive ability to mish-mash sounds and create something artistically different each time is clear from just listening to the first three tracks. However, whilst all three are distinct from each other, they are all somehow umbrellaed by Pepe Deluxe’s signature style, creating this “same but different” sound throughout the record.

22nd Century Dandy is the most infectious song on the album, a futuristic electro-pop rock song led by fierce female vocals and layered with space-like sound effects and instrumentals. The track peaks at the end with a fusion of operatic and child-like singing, that fades out into dark-sounding synths.  Big Fat Woodpecker follows as a fun rock track with a big ladle of eccentricity added in – the combination of New Orleans-style vocals and clapping percussion is pretty visceral to listen to. Placebo Pcb-1 for its eccentricity- from the tongue-in-cheek lyrics “the first-ever gadget to fully utilize the placebo effect”, it’s essentially a two-minute advertisement for a guitar pedal. Tyger boy, Rock Boy is the final track on the album, a hypnotic blend of whimsical female vocals and futuristic synths.

Phantom Cabinet, Vol. is a whirlwind of the abstract, unpredictable and genre-defying. It may not be for the masses, but the ingenious concept and unique story behind the album makes it a work of art. It’s a true delight for fans of the weird and wonderful.