Home » articles » Pave The Jungle: Waiting For Nothing – EP Review 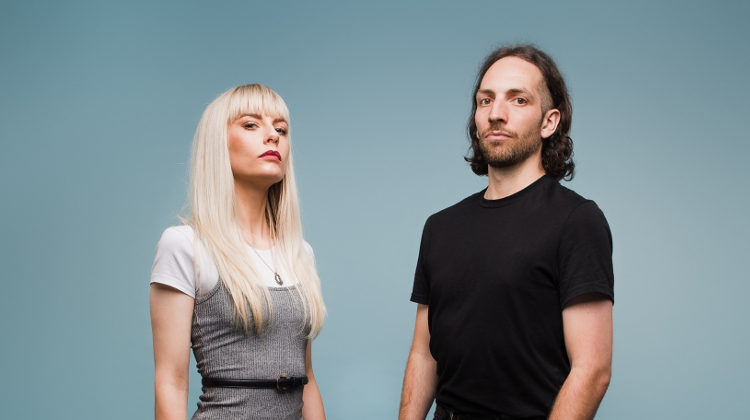 Pave The Jungle’s second EP, Waiting For Nothing, will have their fans eagerly waiting for more from them.

Pave The Jungle’s 2020 debut EP The Hissing paved the way for the Newcastle-based alt-rock duo; a year later, they’re touring the country off the back of their newest creation, Waiting for Nothing. Mixed by Spring King frontman Tarek Musa, the four-track EP draws on the alt-rock and pop-punk genres that mark the common ground between both artists.

At the core of the album, past all the dense, blistering layers of sound, are lyrics with real significance; the deep timbre of guitarist-singer Rachael Whittle’s voice lends a greater weight to the already-heavy topics of isolation, the everyday issues of small-town life, and mental health. “I’m here / Just waiting for nothing,” are the album’s first words from the opening track, Moirai, where Whittle’s vocals are set against drummer Scott Jeffery’s relentless performance on percussion, and accompanied by charged harmonies on an electric guitar.

This leads into the standout track of the EP, Oddball, where Whittle’s powerful voice collides with distorted, ear-piercing backing vocals and Jeffrey’s furious drum-thrashing. The album’s intensity gives the listener the sense it’s made to be performed—a large-scale sound that’s fundamentally at odds with its personal subject matter. Lucky Ones, with its calmer vocal style contrasted with the guitar and drums that never let up, forms an appropriate backdrop for Pave The Jungle to explore another tension between two opposites: this being the vices versus the virtues of a small-town lifestyle. Discussing the track, Whittle explains, “Alongside the expected truisms of small towns: boredom, insularity, alcohol abuse, petty feuds and violence; the song hits upon some of the virtues, as well. A strong sense of identity, belonging, and close-knit community.”

The EP’s fourth and final song, Picture of Health, is at once a purging of negativity and an optimistic demonstration of music’s power to heal, with lyrics that Whittle describes as “some of [her] most personal”. She adds, “I write a lot about the health issues I experience; it’s almost as though once I’ve written about it I can detach myself from it.” Maybe this detachment is exactly what allows Pave The Jungle to present personal issues so boldly and candidly to their audiences—or maybe it’s the universal relatability of these issues. “I guess many people can relate heavily to the chorus line: ‘I am wasting time I know / More so than ever’,” Whittle says, an assertion made yet more relevant following the complete stasis of this year’s lockdowns.

Now that those lockdowns have been lifted, Pave The Jungle are taking the opportunity to perform the EP exactly how it sounds like it’s meant to be performed: live. At only four songs, each with fairly similar instrumentals that are so loud they sometimes drown out Whittle’s vocals, it might be that the band is still finding their footing stylistically before taking things further—but after only two years and two EPs together, it’s almost to be expected. In any case, despite this teething stage, Waiting For Nothing is still an album with a lot of bite.