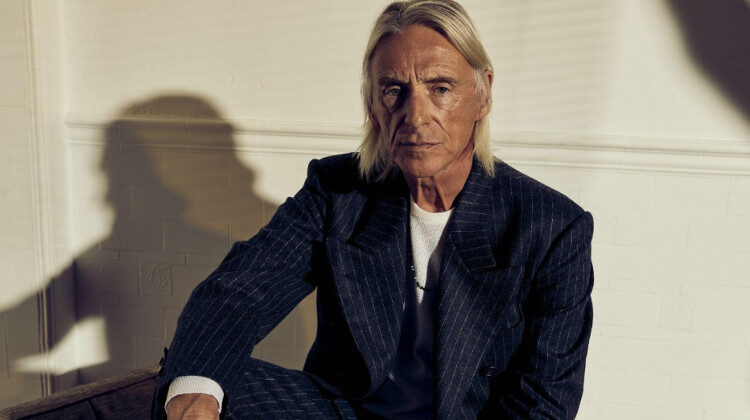 Paul Weller takes you on a musical expedition as he re-emerges with a futuristic and totally unique sound through his brand new record, On Sunset.

Paul Weller is a name that is synonymous with British culture and wherever he goes, he takes an abundance of musical talent with him. Incredibly, On Sunset is the solo artist’s 26th record and he shows absolutely no signs of slowing down as he hits his later years in the industry. This is an album that sounds as if it was created by an optimistic, young and experimental artist and you can’t place it in a genre as it possesses such an astounding variety of sounds.

Over the past decade, music released by Weller has been seen as traditional rock and it never seems to let anyone down. He has his huge fanbase for a reason: his music oozes class each time he releases it, record after record. This album is bold, it’s ‘in your face’, it’s forward-thinking and some would say, it’s risky. However, that risk has reaped the rewards because this record will go down as one of his greatest when the time eventually comes for him to look back on his glistening career.

It could be argued that the greatest track of them all hits the listener as soon as the album begins through Mirror ball. It has a fantastic build-up and a tune that could get you pumped regardless of the mood you were in before it started. The 7+ minute piece empowers the listener and holds a real mixture of sounds, defining the word experimental and providing an extremely unpredictable listen. It builds up and then, after a minute, it turns into total chaos before the mood calms again… this is only by minute three of the track. This song is a journey in itself and it really sets the tone for the album. It wets the whistle and leaves the listener wanting more, which is exactly what you need from an opener.

So how do you follow up a track like that? Well, you follow it up perfectly according to Paul Weller. Piano closes the opener and it leads into Baptiste perfectly… what a transition! This is one for the traditionalists and you can really hear Weller’s voice flowing throughout. It may seem to be more of a simple track but after opening with Mirror Ball, the album does need settling down. Old Father Tyme then follows and doesn’t disappoint, it’s a real finger snapper from the very start with Paul Weller presenting a rougher voice and slightly more varied melody. It seems that building up, slowing down and building up again is a theme on this record and you just know that it will sound great live.

The album does seem to be taking a more relaxing turn when it reaches Village, which was released as a single in May. This one is a short track but a good advert for the album,; it certainly has a chilled-out sound when compared to the three tracks that precede it. Village has a mood that gets you thinking and allows you to sink into the music. It’s extremely enjoyable and there is no doubt it will be a favourite for listeners.

In typical Weller fashion, the record’s shortest track is followed by one of its longest in More, a tune that was the last to be released as a single. You can feel the vibe of the album change here which makes for perfect timing at the halfway point in the journey. In More, Weller’s tone changes a lot, sounding more like a jamming session at times but it gives it an authentic feel and makes you wish you could have been in the room whilst it was created.

Sunset follows and certainly allows the listener to chill. Weller’s voice beams out alongside tasty guitar riffs, this combined with the use of female voices creates a perfect ambience for a chilled listen that would be appropriate in any setting. It is slightly funky for very short moments and has a great beat, feeling as if it’s a part of another jamming session. The waves crashing at the end symbolise exactly where you should be whilst listening to this, on the beach with a few bottles and a few mates.

As the album hits its later stages, Equanimity comes in and the musical style completely changes, it feels as if you’re not just listening to a completely different album but a different artist. Weller demonstrates his versatility in this one with a track that will take some time to grow with listeners; it’s unique for sure and utilises the brass band brilliantly. Walkin follows and describing this song’s introduction is literal; you can listen to it whilst doing just that as it gets the feet stomping and the head moving. It’s certainly is not the best on the album but it fills a gap well.

The album begins its conclusion with Earth Beat hitting listeners with yet another futuristic mood throughout. It now feels as if the sound is winding down and leaves you waiting for a burst of energy that doesn’t seem to come. However, it does set the scene beautifully for the final track, Rockets. You can imagine this track playing as the credits roll on at the end of a long and emotional movie. It feels as if the final track really has ended an emotional rollercoaster of a record as On Sunset reaches its climax. If this album is anything to go by then we will be seeing music released by this man for many years to come as it sends out a statement that Paul Weller is far from done with music.