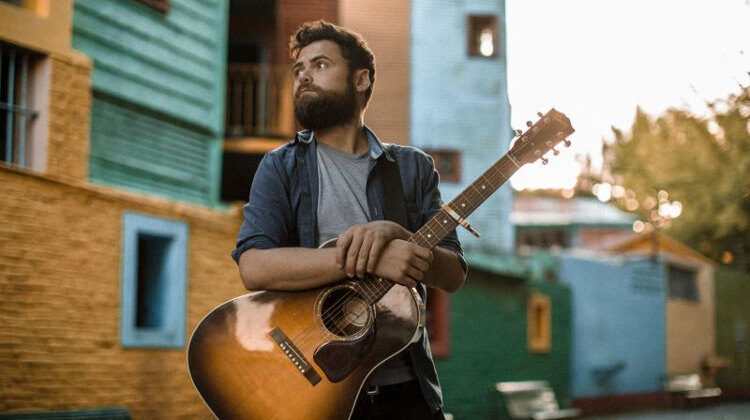 Folk phenomenon Passenger has been in the music scene since his hit single Let Her Go was released in 2012. Known for his tender love songs and politically fuelled tracks there’s no wonder his mega fans are bursting with excitement for his newest album Songs For The Drunk and Broken Hearted.

This album kicks off with Sword From The Stone, a track which reflects on his relationships with both his past love but also his family. The bittersweet intro sets the tone for the rest of the album as the importance of the calm piano and guitar accompaniments are a recurring feature throughout.

We also become familiar with his storytelling lyrics; there’s no guessing with Passenger, he wants you to know exactly how he feels without any confusion and portrays stories exactly how he remembers them. Turning this into a memorable song is tough, but once again his effortless emotions allow his tracks to come to life.

Sticking to your style is important to an artist to stay true to themselves, however, within this record there is nothing that stands out as new and exciting, sometimes making it feel a little repetitive. But there is no need to mistake the tracks as dull; Suzanne is a love song that blends the most gorgeous piano part with emotional tones and lyrics. A truly clever track that deserves a sea of recognition. London In The Spring is a nostalgic song making you realise that you can find beauty and happiness in the smallest things.

Remember To Forget sounds fresh as the electric guitar and brass sections add an extra flare to the track and helps bring the song alive. It still keeps the fragility that this record captures, and is nothing short of standing out. Sandstorm is the longest track on this album lasting over five minutes and is arguably one of the darkest. The captivating enchantment that is produced from the beginning prepares us for the way Passenger sees himself. Filled with metaphors and beautiful repeated lyrics, we are experiencing his struggle to accept that maybe he is the problem within his failed relationships.

There are a huge amount of relatable issues in this album for listeners to experience and that is why Passenger’s music never dies out, because he is just a real person, talking about real issues just like all of us.