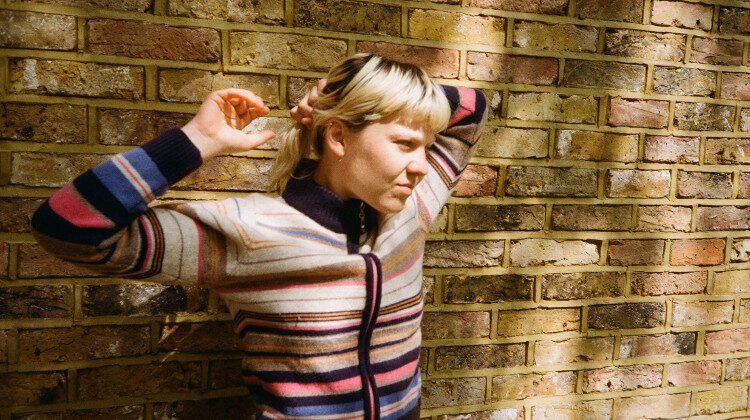 Finnish-British singer-songwriter Otta expands her musical palette with a new EP of homespun electro-pop, toying with genres whilst weaving together sharp song-writing and burbling electronics.

Anna Ottridge aka Otta is a Finnish-British musician from South London whose promising debut EP of homespun pop, After It All Blew Over, courted positive notices in January of this year. On her new eight-track EP titled Songbook, she collaborates with modish Warp Records producer Kwes on a fuzzily tuneful and slippery collection of bedroom pop that fuses heartfelt, cathartic lyricism and emotive vocals with discombobulating smatterings of experimental electronic sound.

Employing an array of kinetic electroacoustic sounds, from synthesisers, keyboards and midi strings to organ and saxophone, Otta draws the listener in by building pensive fragments of thought and exotic musical combinations, with her echo-laden vocals languishing serenely at the centre.

She exudes vim on the chaotic ping-pong rush of her opening salvo, never see, a mood-perfect vignette where her spoke-sung swarm of double-layered vocals are employed like a Greek chorus commenting on our facility for not recognising love’s presence. The register of the song is uncertain, with Otta purveying an upbeat synth-pop flecked with moments of glitchy dissonance.

This swings into the mournful three of us, which paddles around like a dirgy trip-hop crawl wrapped in the hauntological ruckus and rattle of prime Broadcast and what sounds like a sleepy Casio keyboard figure. hope extension spews forth into a disorienting space, with eerie piano and disembodied vocals applying a musique concrete setting.

The loose-limbed approach frequently yields buoyant and sultry results, unmoored from the familiar: the carnival of dread that is sick inside explores the toxicity of a white, male environment by pairing a sparse guitar line with her cavernous, tenderly haunting voice and the weightless, instrumental skit, suikhu, pits a billowing synth against snippets of found sound to evoke the nightmare lullaby milieu of the Ghost Box label.

Otta’s wide-eyed vision is both soothing and unsettling, as she maps out fresh territory with her eyes firmly fixed forward. ‘Songbook’ radiates an off-kilter beauty right from the word go and finds a distended melancholy in the tension between melody and abstraction.