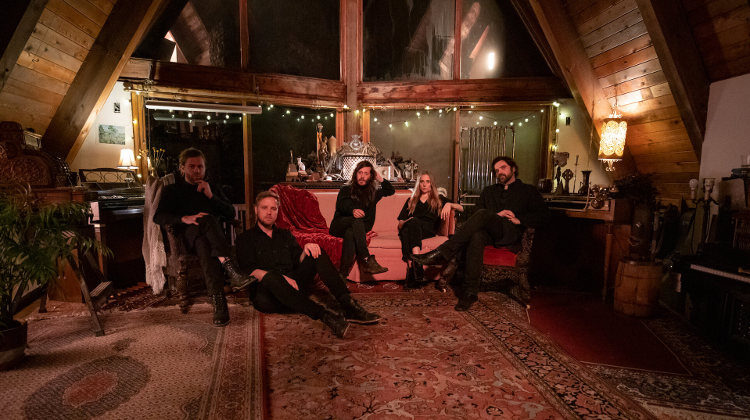 Other Lives have given us a snapshot of the initial workings of their previous album with Sicily Sessions.

Making a decent album that consists entirely of demos always carries with it an element of risk. The final releases are already out and the early drafts may seem underwhelming in comparison. However, this is not the case for Sicily Sessions – a collection of tracks that are even more intimate than their final versions on Other Lives’ fourth studio album, For Their Love.

Lead vocalist Jesse Tabish has spoken about how the recordings emerged from the need to take a break from the USA. He says: After a long road trip through Europe we [Tabish and his wife Kim] ended up in a small town on the island of Sicily called Castellammare del Golfo. There we found such peace and a way of life that inspired putting down the computer and getting back to a more basic form of songwriting. The result was the sketches of what would become For Their Love.’

The simplicity that Sicily inspired certainly comes through on this album. The first track, Sound of Violence (Demo) is just as elegant and sultry as its For Their Love counterpart, if not more so: the slower tempo and absence of a main melody makes you truly appreciate the haunting backing vocals and the masterful instrumentation. Lost Day (Demo) does not disappoint, either, as the piano chords add a distinctive, almost ethereal, atmosphere that make the harmonies stand out well.

The stripped-back versions of the songs also emphasise the folk factor a lot more. This is exemplified particularly in All Eyes – For Their Love (Demo) as the rhythmic guitar contrasts well with the soaring vocals in the chorus. We’re then brought back to the intimate atmosphere of the album in Dead Language (Demo), where there is little going on and yet the simplicity is what makes the track what it is.

Whilst songs such as Hey Hey I (Demo) and Who’s Gonna Love Us (Demo) perhaps do not live up to their For Their Love equivalents, others certainly do. The note patterns on the strings in Nites Out (Demo) are somewhat reminiscent of an Erik Karol song, and We Wait (Demo) manages to sound even more candid and raw than its previous version.

Overall, Sicily Sessions from Other Lives is an interesting follow-up to For Their Love. Whilst it’s difficult not to compare the two, Sicily Sessions makes for an enjoyable album in its own right whilst also enabling us to appreciate its predecessor far more.