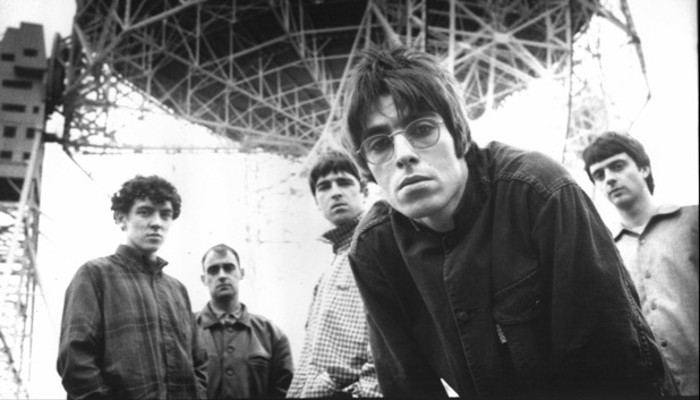 With the 25th anniversary of Oasis’ generation-defining record, Definitely Maybe, we take a look back at how it changed the UK music scene and shot Oasis to superstardom.

In the mid-90s the face of guitar bands had changed. Gone were the glamour, excess and sex of the ’80s replaced by bands that shied away from the fame and limelight that came with being successful. They sang songs about depression, addiction and even death. But in 1994 a five-piece rock and roll band swaggered and brawled their way out of Manchester, England. Fronted by a pair of brash and sneering brothers, they wanted nothing more than to be rich, famous and above all they wanted to live forever.

This is the story of Definitely Maybe.

They say that poverty drives creativity, this is no truer than some of the biggest cities in the north of England. Manchester has always been a hotbed for music, but in 1994 a band emerged that typified the voice of the British youth and their growing culture.

The tale of how Oasis were signed is now legend. The fact that they road tripped up to Scotland in 1993, blagged there way on to the opening slot of a gig they were not booked for and got offered a record deal on the spot by Creation Records, reads like a dream come true. What most people don’t often know is that Oasis only had three or four original songs and the same again in covers, just enough to fill half an hour. 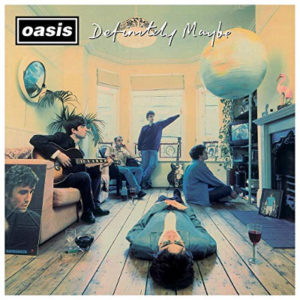 The band found themselves in a unique position of being offered a multiple album deal with hardly any worthwhile album material. All eyes within the band fell on the newest member, Noel Gallagher, and for good reason. Noel, on joining his younger brother, Liam’s band, had thrown all their own material in the bin and became the main songwriter.  Much like poverty, great things can be derived from the pressure to perform and succeed.

Definitely maybe was recorded in several studios from Manchester to London in the winter of 1993 through to the spring of 1994 and with several producers at the helm. But early recording sessions were to prove fruitless. Both the band and the engineers struggled to capture the right sound that Oasis were now creating at live shows. In early 1994, the band once again returned to the studio to attempt to record the album. With Mark Coyle at the mixing desk, the results were better but by no means satisfactory. Owen Morris was bought into the project to mix and master these recordings. As the band had recorded the rhythm parts live and Noel had recorded multiple overdubs, Morris was able to strip away the tracks and rebuild them in the mix.

Finally, released on 29 August 1994, Definitely Maybe was an instant critical and commercial success. Three singles from the album proceeded the album release. Supersonic in April, Shakermaker in June and the top ten hit Live Forever in early August.  Off the back of Live forever chart success, Definitely Maybe reached number one in the UK Album charts as well as charting well all over the world.

When spinning the album, you get a sense of the youthful bravado of a band that are hungry for success and don’t play by the rules. From the opening chords of Rock n’ Roll Star to the closing acoustic track Married with Children and all the tracks in between, Definitely is a rock album with purpose. It draws a line in the sand and dares you to cross it. It also has heart and a whole lot of soul. It showcases the songwriting chops of Noel Gallagher, which are still evident 25 years later and introduced the world to the unique and unparalleled vocals of his younger brother Liam.

When you think of UK music in the mid ’90s, Oasis is the first band name to pass your lips. The band went on to greater worldwide success with their sophomore album, (What’s the story) morning glory? But success comes with a loss. You lose that moment, that feeling of desperation, the hours in small rehearsal rooms playing your songs over and over again followed by 12-hour shifts at work if you’re lucky to be employed. Those conditions, those feelings, that creativity vibe can never be artificially recreated.

Definitely Maybe will always serve as a time capsule, a moment captured in time where five young men came together to play music and escape the realities of their lives, only for that reality to become them being Rock n’ Roll Stars.