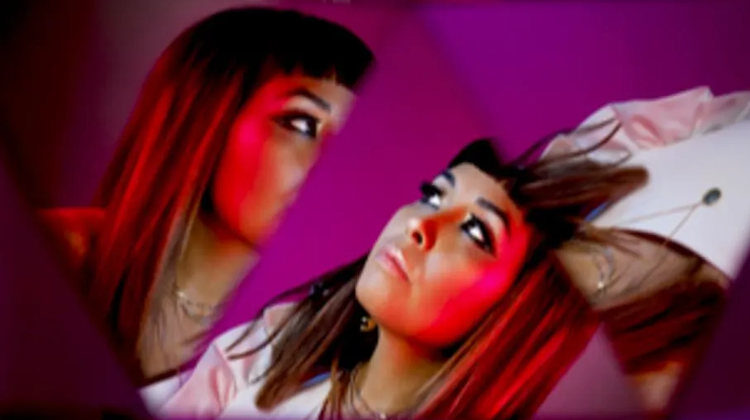 If electronic music isn’t your thing, give this album a chance and you might well develop a taste for it. Packed with layered synths and pulsing beats with Niko’s sleek vocals on top, Electric Union is melodic as it is abstract.

Niko says of the record: ‘I set out to make a record that made me want to dance in the club, chill in the lounge and go for a late-night cruise in the car, all at the same time. Also, I’ve always wanted to release an album on splatter vinyl so I’m happy I’ve ticked all of those boxes!’

I’d say that this album does more than just tick boxes, but for the sake of putting the above to the test, here goes: want to dance in the club? Have a listen to The Palace Discotheque, with vocal distortions that blur together beautifully to create a glittering, after-hours atmosphere – with a title that itself sounds as though it could be the name of a nightclub. Feel like chilling in the lounge? You want the ending track Saturn – think dimmed lighting and a few casual drinks to go with the trippy, chromatic synthesisers and soft, breathy vocals. How about going for a late-night cruise in the car? Head over to the opening song If I Could Be Your Love, a track that is pushed forwards by bubbly beats and which wouldn’t sound out of place on a radio station in the early hours of a summer morning whilst you’re driving down an empty road with the windows rolled down.

Niko’s simplistic vocals prove effective in the somewhat melancholy track You Used To Have Her, with a quality so smooth they could form part of the instrumentation itself when contrasted with the shimmering electronic beats underneath. The song mourns lost love, with lyrics that perfectly encapsulate the feeling of rumination on the past: ‘And you think of all the things that you’ve done / And you live it all again and you wonder / Where you went wrong.’

Electric Union certainly brings a lot to the table, with a track to suit all manner of moods. Whether you feel like chilling out with something in the background or ramping up the energy and getting ready for a night out, this record is guaranteed to please.