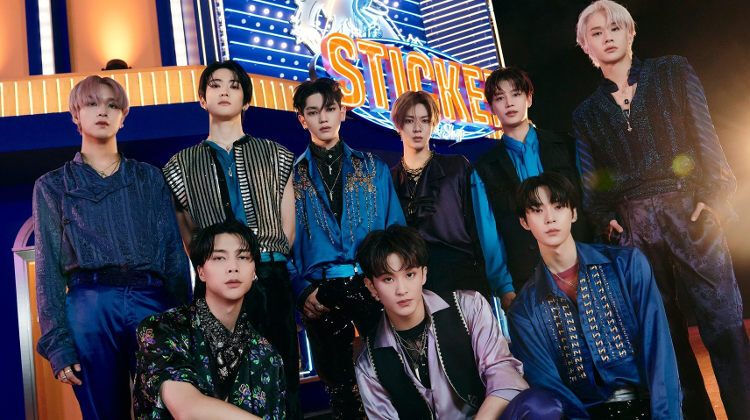 NCT 127’s latest work, Sticker, is a little more muddle than music. You either love it or hate it.

NCT 127 can be very divisive. Their music has been likened – by fans and critics alike – to ‘razor noise’ and the kind of clashing and banging that comes from knocking ‘pots and pans’ together – Kitchen Beat, off their Japanese studio album Awaken, quite literally sounds like someone threw utensils against each other.

Sticker, the latest offering from the 10-piece collective, seeks to reinforce this as the band’s identity. It is jam-packed, filled to the brim with genres ranging from EDM to R&B; and each song in itself is a whirlwind of sounds. Usually, there is nothing I love more in music – wild, unadulterated experimentalism, weaving a complex tapestry of music. But Sticker is almost too much – perhaps someone got a little too excited on the mixing console.

The title track and lead single is a prime example. It opens with what sounds like the bleeping tone of an answering machine, but is actually the shrill notes of a flute, and warped spluttering bass that brings to mind a lawnmower trying to start up. And it only escalates from there. Whilst the song is actually very open, with minimal atmospheric noise that really lets the boys’ vocals shine through, there is just too much going on. Choppy percussion, trilling drums, that painful flute. It’s loud, screechy, and dissonant.

Much of the record falls in step. Bring the Noize is what it says on the tin, filled with the sounds of roaring engines, tires skirting along tarmac, honking horns and explosions, as the boys sing ‘vroom vroom’ – the embodiment of stereotypical male fantasy – to a tinselly beat that rings in your ears. Lemonade, with its incessant, thumping bass and whirring sirens, is full of energy before dispelling it all at the chorus. The producers went heavy on the distortion and even threw in a wolf howl – you know, just for good measure.

Instead, it’s the record’s slower, more toned-down moments in which the boys really come into their own. Focus and The Rainy Night steer in the direction of old-school R&B, reminiscent of 90s ballads from boy bands that stole the hearts of nations. The former emanates a woozy coolness and the delicate, echoing ivories on the latter is spellbinding. It’s full of drama without requiring the plethora of distractions, swelling with a flourish in the chorus; it’s the kind of song you would imagine playing as two lovers run desperately towards one another in the pouring rain.

Promise You, the record’s closing track, feels like it has the potential of an anthem, with hat tips to electronica and glam pop, and a beat that you can imagine entire stadiums of people clapping along to – but it doesn’t deliver. It lacks in power and, to me, just isn’t all that catchy.

Whilst I can say that NCT 127 created an interesting and experimental record, it doesn’t make for the most cohesive listening experience. A lot of the songs are jarring, overwhelmed by the overzealous sound design, and honestly feel a little vapid; the few moments of respite are such curveballs but so desperately needed after bombarding your ears with everything they’ve got.