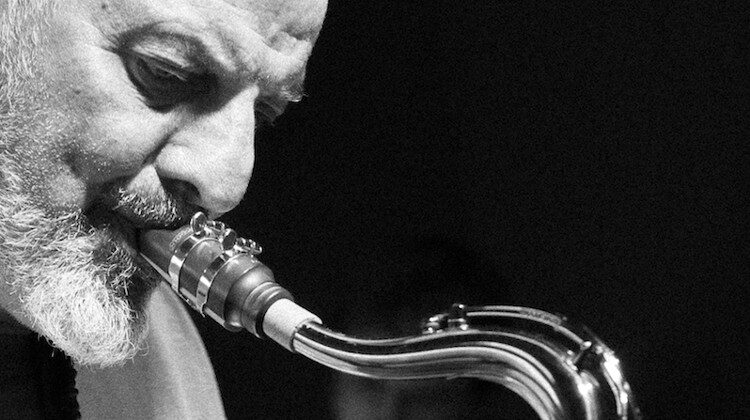 For a number of years the saxophonist, composer, arranger and band leader Nat Birchall has steadily and quietly garnered an impassioned cult following and a sturdy reputation as a skilful purveyor of exotic, spiritually inclined modal jazz. Equally genuflecting to the Coltranes John and Alice, Pharoah Sanders and Yusef Lateef, he has been a mainstay of the Manchester music scene as well as a regular collaborator with Matthew Halsall’s Gondwana crew.

Starved of his usual band members and isolated at home like the rest of us, Birchall has dug deep into the reserves of his imagination for his latest opus, Mysticism Of Sound, and fashioned a stirring, mesmerising solo oddity from an old Minilogue analogue synthesiser, his daughter’s drum kit, his sax, bass clarinet and copious Sun Ra vibes.

Sun Ra aka Herman Poole Blount was a prolific and visionary sonic explorer for whom the term ‘shape-shifter’ could not be more apposite; claiming to be from outer space, he constructed an outlandish persona based on a mystical philosophy that accommodated Egyptian and African mythology and he pioneered the aesthetic of Afro-futurism. In setting up his own homespun label in the 1950’s, he was one of the earliest independent artists and his enduring influence upon a host of musicians across genres elevates him beyond the musical box of ‘jazz.’

Kicking off with the bite-sized Intro-Pyramidion, Birchill’s holistic tenor sax lulls the listener in with its swooning delicacies, like an outro edit from A Love Supreme, whilst bells shake and the synth glints and twinkles like a distant star; the effect is akin to sinking into a warm bath.

Cosmic Visitant takes a distinctly woozy turn as pools of spacey synth and percussion revolve in kaleidoscopic patterns whilst the tenor sax charms rather than bulldozes its way in with nods to Pharoah Sanders’ blissful Astral Travelling. Celestial Spheres wanders on a walking bassline and Birchall’s sax conjures a lustrous sense of forward motion.

Mysticism of Sound opens like the prologue of Acknowledgement from JC’s A Love Supreme and flattens out into a humid glimmer, Dance Of The Sun God locks into a modal pulse with the sax stabbing like a knife in butter.

Space-Time Vortex represents the most overt intimation of Sun Ra’s sci-fi funk; here the tenor jumps from the hypnotic, eastern and descending central motif to a muscular, dervish-like solo; meanwhile the hand drums percussion are stuck in a spiralling, slow-motion groove that could be a knock-off from Ra’s Lanquidity album from 1978.

Whilst the only criticism of this set could be its steadfast homogeneity, Birchall displays both a sure-footed mastery of loose improvisation and a deep-rooted love of the masters as he weaves together inflections from 1960’s era Impulse Records spiritual jazz with mind-melting asymmetry; it makes for a meditative and seductive listen that’s perfect for early hours contemplation or as a pick-me-up to start the day.