Home » articles » Nadia Reid: Out Of My Province – Review 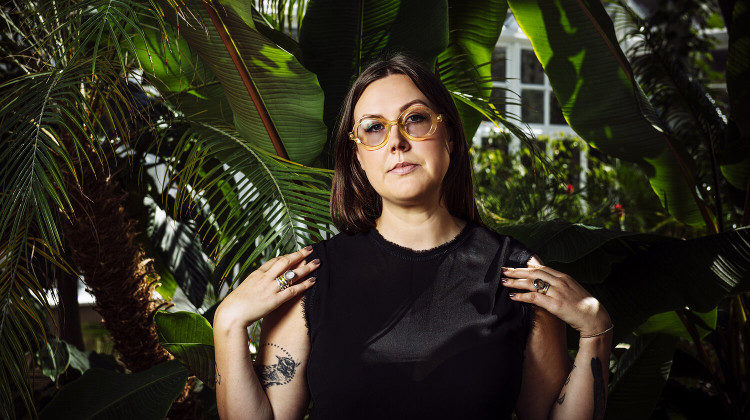 The Kiwi singer-songwriter Nadia Reid initially sprang to prominence with a strain of indie-pop-folk best described as wispy, contemplative and drowsy. As demonstrated by new album, Out Of My Province, she has grown in leaps and bounds, with vocals and sounds emboldened and rendered grandiose by the string and horn-dominated instrumentation of a new setting.

She has now set up on Matthew E White’s Spacebomb label in Richmond, Virginia, an imprint feted for its tasteful and elegant orchestral country-soul rhapsodies. Whereas her first two albums were sparse and stripped-down outings, here she is invigorated by a wider palette: the brass, strings, synths, keyboards, electric guitars and lush, layered arrangements of White and producer Trey Pollard raise her performances to new levels of excellence and maturity.

Out Of My Province, her first offering since 2017’s Preservation, represents a critical turning point in her career trajectory and sound, capturing an increasingly self-confident and accomplished artist in full flight and occasionally dipping into Joni Mitchell, Laura Marling and Aldous Harding territory. With her tender, soft vocals pitched close to the microphone and cushioned by soothing string swells, Reid’s material juxtaposes exposed vulnerability and pithy observations on matters of the heart with spine-tingling finger-picking and tumbling backdrops, as typified by the sublime folkie, Heart to Ride.

She kicks off proceedings with the mesmerising All of My Love, which is a song enhanced by a bed of caressing strings under the thrusting, lovesick chorus. Creamy keyboards and swooning horns bleed over the upbeat Oh Canada, a mid-tempo strum that recalls Joni Mitchell in her imperious phase. The orchestral ballad, Best Thing, builds exquisitely from its sparse beginnings until becoming engulfed by its swaths of baroque steam: “You are the best thing/That I have ever had/And no one could ever know/That I am better off from being your one”.

Get The Devil Out presents her at her most exposed, candid and Marling-like: “I am only one woman/You are only one man/I tried to find religion/I am right as I am”. Listening as Reid navigates the turmoil of history and pushes her way through the present, one is struck by the beguiling confluence of voice, arrangement, songwriting chops and musical embroidering.

As suggested by its title, this is a record about eschewing safety nets, plumping for self-examination and learning from the past. This enchanting collision of artist and studio leaves Reid as compelling, covetable and cathartic as ever; these are lovingly crafted and adult songs to live in and befriend.