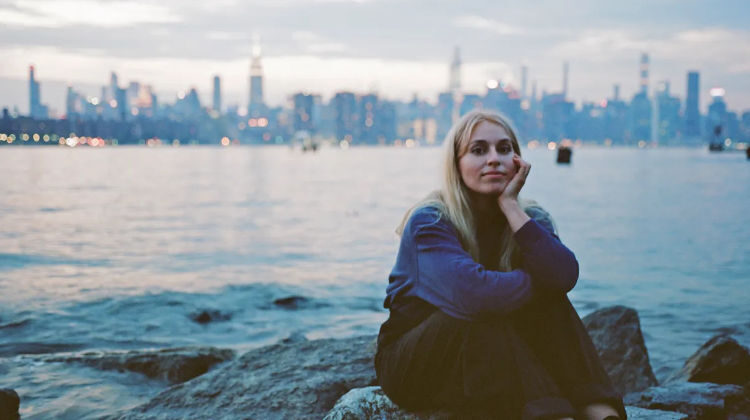 MUNYA’s debut album Voyage to Mars does exactly what it says on the tin: takes you on a musical voyage across time and space.

Musician Josie Boivin guides the listener on a winding bilingual journey through spacey synths and otherworldly soundscapes, all with a healthy dose of direct, yet meandering lyricism. Boivin has poured herself into the release, from the production, songwriting and the album artwork. Although Boivin’s background is opera and jazz which occasionally shines through, the sound of Voyage to Mars is her own.

The Québécois artist has placed a great deal of emphasis on the idea of space on this release, which was recorded entirely in Boivin’s apartment during the COVID-19 pandemic. This theme is intertwined with ideas of longing and optimism, which is evident through the meandering synths and swaying, sunshine groove of Boca Chica. Even on tracks with a darker, more brooding and bassy tone like Cocoa Beach and Life’s A Dream, there is always room for imaginative word-painting and dream space.

Boivin always manages to take care of her listener by maintaining a sense of calm and control in her production and songwriting, even when the direction is more ambiguous on tracks such as Dove and Captain Ron. This means that we remain ever intrigued and unable to predict the direction of each individual song, particularly in Pour Toi which exhibits surreal yet seamless modulations while maintaining a gentle, tranquil energy.

There is a consistent theme across Voyage to Mars of direct lyricism, in which ideas are repeated in a hypnotic, cyclical fashion. On Maracuya, the vocals and lyricism mimic the punchy syncopation and elongated synthesiser in turn, which emphasises the lyrics about the difficulties of falling in love (“La romance les textos m’ennuient/On peut rire se plaire mais sans bruit”). Word-painting is abundant on this album, especially on MUNYA’s cover of Tonight Tonight by The Smashing Pumpkins, as MUNYA’s spacey and inquisitive production compliments the lines, “Time is never time at all/You can never ever leave/Without leaving a piece of youth”. Moreover, MUNYA loves to play with imagery in her lyricism (“Au bout du téléphone/Il y a ta voix” Pour Toi), as well as a sense of dreaminess and ambiguity (“Un nuage sur ma tête/Ton visage m’étourdit/Des images que j’oublie/C’est la fête et tu t’enfuies” Voyage).

For a debut release, MUNYA’s Voyage to Mars is mature and thoughtful, as she takes care of her listeners with her unique sound world. The bilingual lyricism is hardly a barrier at all, as the excellent word-painting and intricate production compliment her lyricism well, enabling anglophone and francophone listeners to appreciate her music.