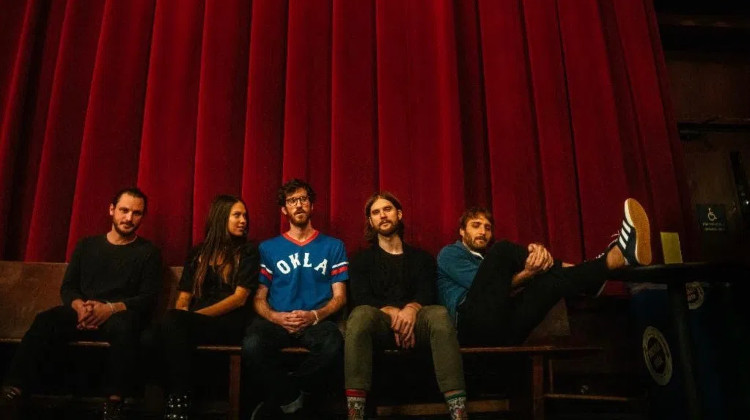 Mt. Joy have created a harmonious sound, suitable for all scenarios via their brand new album Rearrange Us. It is a record that oozes relaxation and positivity and has the ability to fill any room, even during these strange times of isolation and lockdown.

Whether you’re taking a long walk to get some air, writing something new, creating a masterpiece or simply chilling in the garden with a few beers, Rearrange Us is ideal. A plethora of sounds can be felt as soon as you play the first five tracks.

The album begins with Bug Eyes which seems to be a slow burner until the two-minute mark, in which Matt Quinn certainly shows off his vocals and the drums can be heard belting out. An easy transition can then be felt as the shortest track of them all, Have Faith, splits the sounds and calms things down, preceding one of the more active tracks of the album, My Vibe. Rearrange Us has definitely emerged as a personal favourite since listening through, its pleasant sounds and distinctive contributions from the whole band make for a melodic tune and you can certainly see why it is a track that stole the album title. Let Loose then brings positive energy and casts you back to summer days and road trips with your mates – you can really tell that they enjoyed creating this one.

Despite many positives, you can’t help but feel that timing wasn’t greatly considered when the band selected Every Holiday to sit smack bang in the middle of this record. Many would consider this to be an extremely telling and passionate track but to release a festive song in the midst of summer seems to be a lapse in judgement. It isn’t just the timing of this song’s release but it also just doesn’t seem to fit in, it seems out of place within a portfolio of happier, chilled tracks.

The mood does, however, drastically improve with the jovially titled Death hitting the listener with a pure, deep-rooted indie sound. This track casts the mind back to artists such as Ocean Colour Scene, providing a simple, yet beautiful sound. Simplicity is a theme that continues in the following two titles, Acrobats and Witness, they’re easy on the ears but they give the band a chance to showcase their talents and have a real jam together. You can hear this particularly well through the magnificent guitar solo towards the end of Acrobats.

Just when you feel that this record is slowing down and drawing to a conclusion, the ears are treated to a perfect injection of energy via Strangers. The band have absolutely nailed it with this closing single and you really can see why they chose this song to showcase themselves on Late Night with Seth Myers. Strangers could be seen as a song that perfectly encapsulates this whole album as you hear a more prominent use of Jackie Miclau’s talents on the keyboard, something that doesn’t seem to be heard as much in their self-titled, debut album Mt. Joy.

Mt. Joy’s sound really does seem to be evolving since their emergence onto the indie scene in 2016 with their joyful hit single Astrovan. They seem to utilise every member of the band in Rearrange Us and it is evident that they’re finding their sound and identity more track by track. Whilst headbanging songs are quite clearly not a common theme in the music you can’t help but feel that a faster-paced tune could be slotted in to inject more pace into this record at some point. Nevertheless, the band should consider Rearrange Us as a success and as an album that listeners can enjoy in any mood, setting or scenario.