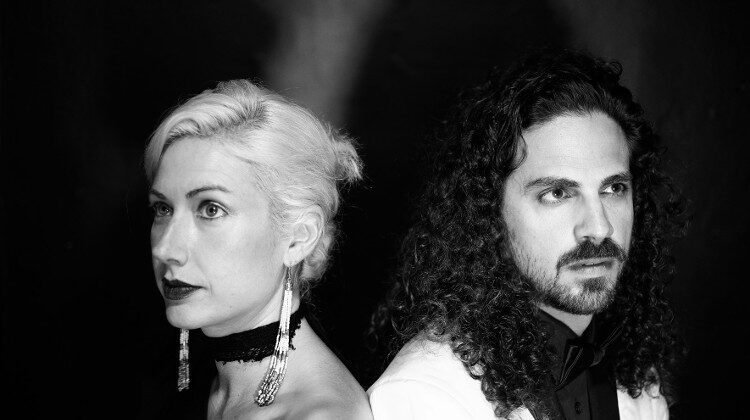 Whether it was intentional or not, this album is definitely something you could imagine hearing on the big screen. It’s refreshing to hear a collection of tracks without a vocalist as it forces you to listen closely to the instrumentation and, when you do, you can tell that guitarist Vince Cuneo and drummer Jessamyn Violet had fun recording this. Whilst the chords are often simple and the sound is occasionally quite repetitive, for the most part, it works.

The opening track, Phantasm, is one that has you tapping your foot right away whilst Starcatcher has a lot of energy, with the guitar drone in the background giving you the feeling that you could cruise down a highway whilst listening to it.

The titular track is more mellow in comparison, with a passionate guitar solo that contrasts effectively with the more intimate-sounding violin in the background. Other standout tracks include Thunder, with its energetic rhythm guitar and rumbling drumming, and the appropriately-named Sun Dragon, which brings a completely different tone to the rest of the album so far: the sound is bright and laidback and, if sunlight had a theme tune, this is what it would be.

However, the second half of the album is where things begin to sound a little too repetitive, with minimal development in some tracks such as Minehunter and Bioluminescence. That said, Bermuda Rainbow attracts our attention once more with its slightly jazzy chords and the album ends on a high, with Devil’s Sea picking up the pace again.

Overall, due to the cyclical nature of many of the tracks, it’s difficult to say whether any of them are melodic enough to stay in your head and make for active listening. Rather, they serve more as background music due to their repetitiveness – which in itself is not necessarily a bad thing – and perhaps a little less simplicity in some places wouldn’t have gone amiss. Nonetheless, Black Flamingo makes for pleasant listening with some promising sounds, and I can only hope that Movie Club gives us some interesting visuals to enhance what they’ve already created.