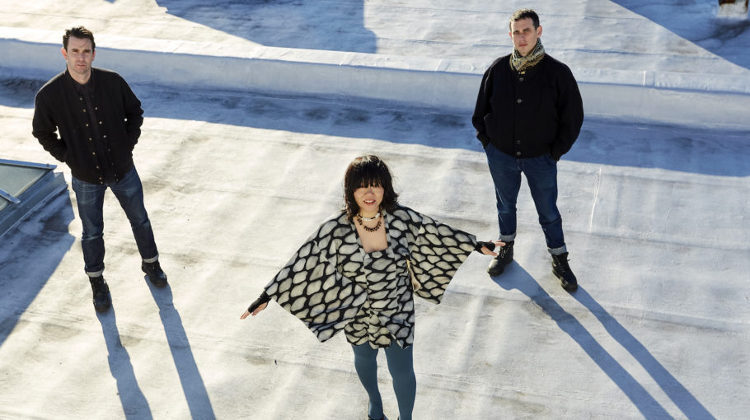 The New Yorkers have enlisted the help of vocalist Jaiko Suzuki to bring a new dimension to the band’s electronic eccentricity.

The album artwork and title of the new Mother of Mars album are indicative of a primal nature; something that is accurately reflected in the beginning of Durga & Demon, with its pounding drums that give off an earthy and rough nature. The extent of the soundscapes available on this release are varied and show a steady progression curve that harkens back well to the core of Seed 2 Sky.

This is the culmination of the years of work that began all the way back in 2018; the first full-length release after those impressive singles. What we have is 40 minutes of explorative and expressive electronica that dances rhythmically with synthesiser swagger.

The title track does a great job of flexing the impressive writing talents of the duo. It is a journey from beginning to end that bounces between the low end of expressive bass patterns, matched gorgeously by Jaiko’s stellar highs.

Fall-Sing carries the tribalism forward well, with mention going to the percussion. It may seem repetitive at first, but those fears quickly give way to the complex layering which is consistently built upon throughout the runtime. Indeed, the steady, constant nature of the backbeat culminates in an almost hypnotic trance.

The frantic keys that introduce Through The may be the most infectious element of this album. This track is one of the only two songs to not feature vocals, and both tracks have a great amount of weight and momentum behind them to bolster this omission.

Included again on this full-length release is Space Without a Shadow, which released in single form last year, along with several remixes. The variant here finally realises the potential of the track, benefiting from an extended runtime of nearly 10 minutes. The extra room to breathe really gives the atmosphere that much-needed depth to soak into the ether.

Undoubtedly, the highlight of the album for me is Matteruno, which excellently captures a ritualistic bonfire nature. It also happens to contain Jaiko’s best vocal performance, attaining that marvellous mixture of airy and dreamlike in equal regard.

The debut from Mother of Mars is proof that electronica of this magnitude can be new and exciting, and I for one am highly interested in hearing where the band goes next, and what other elements are incorporated in the future. In the wake of Daft Punk’s dissolving, there are new bands ready to step out from the shadows and into the light.