Home » articles » Morrissey: I Am Not A Dog On A Chain – Review 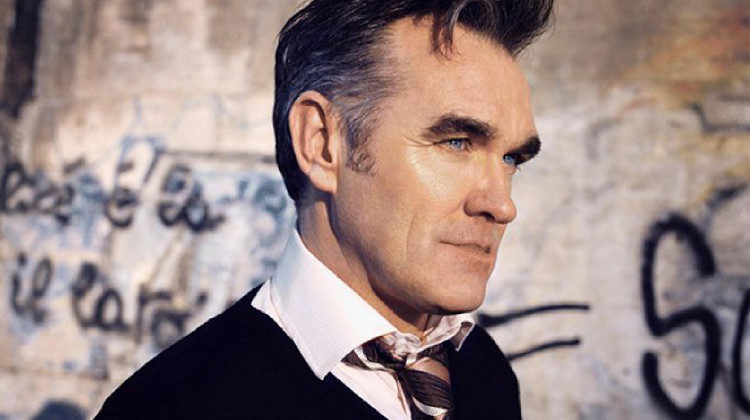 I Am Not A Dog On A Chain is the new album from Morrissey, his 13th solo studio album to date. This is an amazing achievement and one in the eye for all those who thought he could not possibly survive without The Smiths and Johnny Marr’s iconic guitar.

I have never been a fan of Morrissey’s singing voice. So how can I be a Morrissey fan? Well, I am in many ways. I like his early day’s bravery considering his gritty choice of subject matter such as animal welfare, depressing seaside towns in the winter and guys with Suedehead haircuts. I love his intelligence and his wit and his clever social commentary and even his encouragement of reading literature as the coolest of iconic pastimes. In these moments I am with Morrissey all the way. I am also an ardent fan of his genius lyrics. I adore Morrissey’s references to British pop culture and the way that he used to insist on having iconic characters from cinema and comedy on his album covers instead of a photograph of himself or his band. In this line of thought, a Morrissey album would typically have a picture of Charles Hawtry from the Carry On films or the extraordinary actress Rita Tushingham from the sixties kitchen sink drama A Taste of Honey.

It is this cross-referencing that I have always loved about Morrissey so I would listen to one of his songs and then this would lead me headlong into an exciting adventure into 60’s movies. Will this latest offering from Mozzer give me the same excitement that I experienced in my teenage years? In the title track, I am not a Dog on a Chain he sings: “I see no point in being nice, listen out to what’s not shown to you and there you find the truth”. This track is weirdly offbeat like a twisted nursery rhyme, which I suspect was exactly what Morrisey was aiming for. It then stops for a sexy pure rock and roll guitar break which is a total odds with the rest of the song.

Darling, I Hug The Pillow doesn’t say much as a track and there are a few songs on this album that don’t say a lot. However, the tracks that do make those points and have something interesting to say will greatly please newcomers and ardent fans alike. Bobby, Don’t You Think They Know? is about a drug-taking singer and has the distinguished addition of Motown legend Thelma Houston.  What carpet-chewer lights up this sewer? / And which rough-trade strangers flail around these chambers? These lines are classic Morrissey. With wit and bite he makes his point and makes it quick and it still cuts to the bone as he homes in on his target.

Littered with great moments throughout, I Am Not A Dog On A Chain is a witty and insightful album that is engaging and intriguing with clever wordplay and bright ideas.