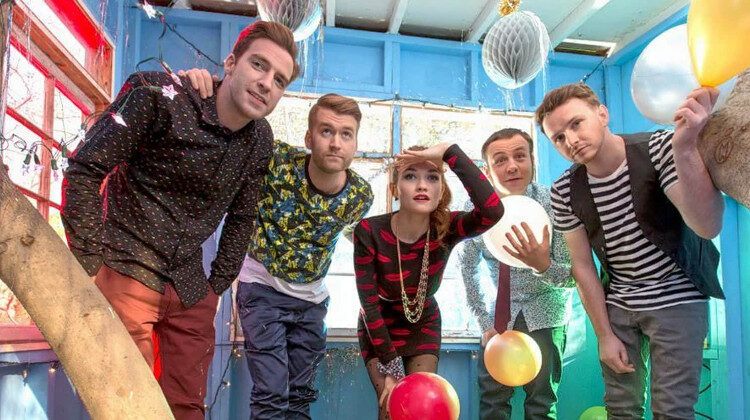 Misterwives embark on an epic journey throughout the highs, lows and, at times, downright bombastic nature of new album SUPERBLOOM.

MisterWives’ epic 19-track album SUPERBLOOM has been highly anticipated since the band teased three of the tracks on an EP a few months ago. The New-York based indie pop group use this release to address the recent break up of band members Mandy Lee and Etienne Bowler, while also learning how to navigate their new musical relationship as friends. The album follows a trajectory that starts with joyous sentiments about the new path ahead, then ventures into darker territory before finally emerging with the single and title track SUPERBLOOM as the finale. On their own, most of the tracks are excellent but their placement in this long arc gets a little confusing and by the end of the album many of them become forgettable due to their similar ideas and sounds.

The opening track the end is a joyous, celebratory affair with an empowering sense of forward motion, venturing out into new beginnings on an open road. In the same vein, the chorus of singers and rich textures of ghost are enough to lift any bad mood. As the album enters a darker phase, however, this transition is marked by lyrics that reflect the conflict of emotions of a breakup in lines such as “Am I allowed to lay down my smile and be bitter just for a while?” (whywhywhy) and “Is it wrong that I want to see you cry? Haven’t felt a thing from you in quite a while” (alone). This sunshine-inflected sadness leads into some cold, hard-hitting moments in valentine’s day, which includes the truly shattering line “You couldn’t do it, so I broke my own heart”.

As a whole, the biggest downfalls of the album are Misterwives’ overreliance on bombastic textural effects and loud choruses at the expense of meaningful lyricism and variation. Sometimes, the use of plain English and limited language manipulation suits the tone of tracks such as alone, but at other times the lyrics are often quite forgettable. By the end of the hour, it is hard to appreciate the final track on the album SUPERBLOOM, which is a decent song in its own right but comes at the end of what has been a pretty long and winding journey. Moreover, placing the most joyous and uplifting songs at the beginning meant that by the time the mood begins to reverse back to joy in coming up for air, the listener is emotionally spent as they’ve been saturated with so many different sounds, thoughts and ideas that it is hard to revive their interest in the remainder of the narrative.