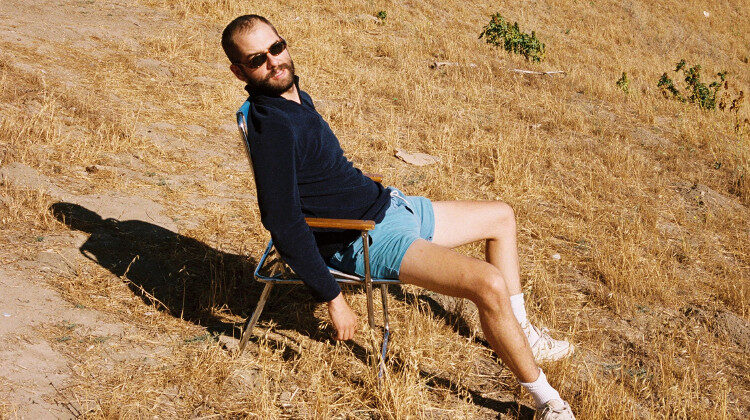 The brainchild of Alex Brettin, the self-titled “bartender and resident selector” of the Mild High Club, Going Going Gone is a unique and unpredictable trip-pop experience. The album features an eclectic blend of genres, ranging from acid jazz to samba, electronic to avant-garde, but never deferring from the unmistakeably laid-back Mild High Club sound.

Going Going Gone is the group’s third studio album, their first release since Skiptracing in 2016. It was arranged, engineered and produced by Brettin, who collaborated with a number of artists on the record, including Grammy Award-winning producer Vicky ‘Farewell’ Nguyen. Whilst a 12-track album might sound lengthy, the majority of tracks are around the two-minute mark. Short fragmented songs build up only to end unexpectedly, leaving you intrigued and wanting more.

Things kick off with Kruges I, the first part of two instrumentals of the same name. Warm synths and intricate piano melodies perfectly introducing the album’s experimental sound. This is followed by Dionysian State, arguably the standout single on the record. Echoes of Steely Dan flow through a psychedelic jazz-funk mashup of synths, guitar and piano, seamlessly matched with Brettin’s pleasing vocals. It is the dazzling sax solo though that really brings the track alive. Going Going Gone is Mild High Club’s most political record to date, and the lyrics symbolise their views on the madness of current times: “We’re burning it down, I’m glad I’m not hanging around, caught in the cod-end of the trawl, I’m getting’ up and I’m getting’ down.”

The surreal nature of the album is emphasised in Trash Heap, where the lyrics imagine a grandpa trying to buy drugs after losing his life’s savings on slot machines. The absurd narrative is delivered with hazy vocals and joined by 8-bit style synths straight from an 80’s video game. Taste Tomorrow continues this psychedelic mood, with collaborator Knxwledge laying down offbeat drums whilst jazzy piano and ethereal vocals combine alluringly.

The record is then turned on its head with A New High, a surging samba-style Brazilian folk piece with Portuguese vocals from contributing artist Winter. The track exemplifying Mild High Club’s ability to seamlessly dip in and out of genres but still sound cohesive and distinct.

Tracks such as It’s Over Again and Dawn Patrol are enjoyable but are cut short and end abruptly. it’s a slight shame that songs with great potential become short-lived interludes rather than standout tracks, but this is not a conventional album, and the condensed make-up of the tracks only adds to the disjointed but enticing aura.

We are eventually treated to a track over four minutes in Waving, though. An ambient intro gives way to detuned synths and a loose breezy bassline. Swelling vocals and playful melodies create a fuzzy, dreamlike ambience, and the horns at the back end of the track are a welcome inclusion.

The penultimate track Me Myself and Dollar Hell is an instant hit. Brettin charmingly combines themes of jazz, soul and RnB, somehow managing to cram a collection of instruments and sounds into the three-minute track. The end product is original and fresh, and the delightful guitar solo makes for a memorable single. The album is rounded off with Holding Onto Me, another satisfying and compelling piece. The vocals “Holding onto me” repeating poignantly before the track concludes.

The more I listen to Going Going Gone, the more I appreciate its charming subtleties and humorous undertones. Whilst it may not be to everyone’s taste, you can only appreciate the sheer amount of work gone into producing it, and the unpredictable nature of the album makes for an engrossing listening experience. It’s undoubtedly original, jam-packed full of interesting concepts and ideas, and held together by some real standout tracks.