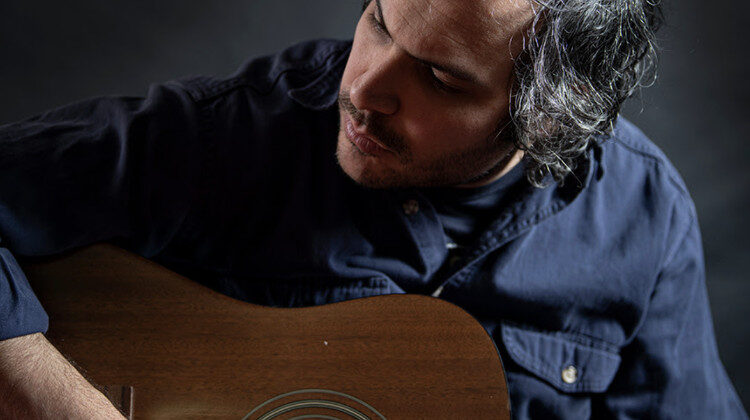 On Long Lost Solace Find, the former Purling Hiss and Birds of Maya singer-songwriter and guitarist Mike Polizze hunkers down with old pal Kurt Vile and War On Drugs henchman Jeff Zeigler for a breezy, acoustic-based album that cuts the fuzzy, note-bending rock and dials it down into bona fide folk territory. Mostly written in 2017 and then cut to tape throughout 2018 and 2019, it’s an enveloping, wistful and intimate affair which heavily betrays the influence of the former, who lends blooms of slide guitar, vocals, harmonica and even trumpet on several tracks.

Recorded in his native Philadelphia, the sun-baked, unshowy and unobtrusive Long Lost Solace Find forages amiably in campfire territory pitched somewhere between J Mascis’ solo albums, REM’s more pastoral realms and Vile’s own smoky earworms. The latter proves a natural and empathetic collaborator throughout, slotting in seamlessly in the margins and comforting his multi-instrumentalist buddy’s demure, unruffled drawl with building blocks of trademark silvery slide guitar that swell to a sun shower. At its most alluring, Polizze’s delicately picked, hangdog sound feels like a collection of murmured, half-remembered front-porch conversations in late afternoon, strewn with serene guitar jangles and tender intimations of nourishment.

Consider the opening, sleepy salvo, Bainmarie, where Polizze and Vile dovetail beautifully over a ruminative lullaby on waves of folk-filigreed plucking and dew-drop strumming. Revelation is a pure, heart-warming, sun-spackled iteration of Vile’s beatific mooching and chugging, flush with crystalline harmonies and parping trumpet that will take fans of much of Polizze’s lurching, gnarling and stormy jam-punk of yore by surprise.

On the star-lit reverie, Wishing Well, the singer seeks inner peace on his own. “In a new day, the sun is high/And it holds me, it lets me try,” he exhales mellifluously over ebullient, minor-key finger-picking whilst drops of Sunday School piano provide an affecting lift as the feather-light song trickles towards its denouement.

Eyes Reach Across exudes an easy, speak-sung haze with its upbeat strum, watery-blue glimmer and sprightly mandolin notes, whilst Cheewawa shines forth with its mid-paced jangle, abetted by harmonica and splashes of piano. The wordless D’Modal moves like a river, sidling into passages of quivering hunting-cabin rustic whilst evoking sunrays mingling through branches.

The greatest compliment I can pay this album is to unequivocally recommend its myriad harms to those aching for a new Kurt Vile release; from the moment the needle hits the platter the listener is transported to a cosy, congenial and becalmed castaway place where a blanket of stars pierce the evening sky.