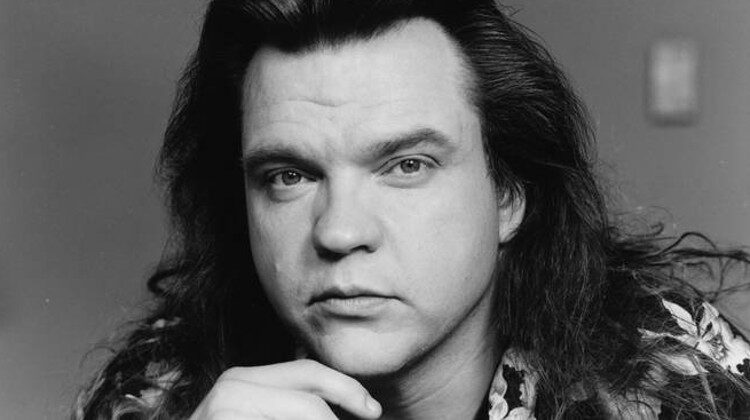 With the passing of singer, actor, and rock legend Meat Loaf, Vinyl Chapters writer Matt Wand looks back at the major influence the artist has had on his life.

It’s Friday 21 January 2022 and I woke this morning from a strange dream about Robert Paulsen from Fight Club (weird but true) to the news that Meat Loaf had died at the young age of 74. The man, also known as Marvin Lee Aday, was a legend, that is not in doubt. Bat out of Hell is a classic album and up there as one of the top-selling LPs of all time, as was the 90’s sequel Bat out of Hell II. Meat Loaf and his music were loved and revered throughout the world.

But for me, he had a profound effect on my childhood and was a HUGE influence on my ‘secret’ music upbringing.

My parents would be the first to tell you they were not really into music. My Father had little interest and my mother had a low-key cool taste in 60’s music. However, all she ever played by the time I was old enough to listen was Elvis Presley and Neil Diamond.  Not a very healthy or varied diet for a child with a thrust and hunger to pacify the pangs in my heart and a stomach for more.

Like most Gen X babies, my parents had a hi-fi stereo system with just enough records to fill the space at the bottom of the stack. For the longest time, records were just pictures to look at when no one was looking. I was fascinated by the album cover artwork. My own Rupert the Bear, Hair Bear Bunch and Wizard of Oz records were firm favourites until I grew confident that I wouldn’t get told off for going through the LPs. It was great to put a face to the voice of Neil and Elvis and four nice-looking men strangely named Queen. But there were two records in that bundle of vinyl that captured my young imagination before I’d heard a single note. They were Jeff Wayne’s War of the Worlds and Bat out of Hell by Meat Loaf.

One cold winter morning when I was eight years old, I woke up covered in spots. I’d contracted German Measles, which confused me as we didn’t live in Germany. But having this virus meant time away from school. I was therefore given the choice from my mum of watching TV or a video, playing on the Commodore 16, getting my Star Wars figures out or listening to records. I shouted records before my Mum got the question mark out in her sentence. I went straight to the stereo and pulled out Bat out of Hell! She popped it on the turntable, plopped the oversized cans over my ears and dropped the needle.

Curled up on an armchair staring deeply into the album cover, the music blasted out of the headphones, flowed into my ears and spread through my body like a warm golden liquid, filling every empty and cold part of my body. My young mind made the flickering pictures imprinted in the melody and words come to life as Meat Loaf told story after story with passion and conviction that an eight-year-old could scarcely understand. But I knew storytelling and this was a collection of stories about those primal and instinctive feelings I knew grew inside of me.

From that day, the record with the BIG bat was the first thing I asked for and if my parents objected the four male Queens or the Martians would be played instead. My love for Meat Loaf never waned but only intensified with the release of Big Bat II and its lead single I would do anything for love (but I won’t do that), which for the first time added actual moving pictures to the Meat Loaf music I loved.

When I left home at the tender age of twenty to pursue my musical dreams in the BIG city, I threw into the back of the car my electric bass guitar, my Marshall amp, a bag of clothes and a box of CDs. But on my knee lay four records.  Appetite for Destruction by Guns n’ Roses, Queen Greatest Hits, Jeff Wayne’s War of the Worlds and Bat out of Hell by Meat Loaf. I’d like to say I still have those exact four records to this day. Unfortunately, they were lost in one of the many home moves in the next five years. But when I was struck by a lightning bolt of nostalgia in 2016 and decided to collect records, those four were at the top of the wanted list. The BIG Bat album being number one.

As I write this and the words fall from my thoughts uncontrollably and Meat Loaf spins on my record player, I am saddened by his loss. But I am eternally grateful for him for sharing so much with the world but also giving a spotty kid a deep unconditional love for music.