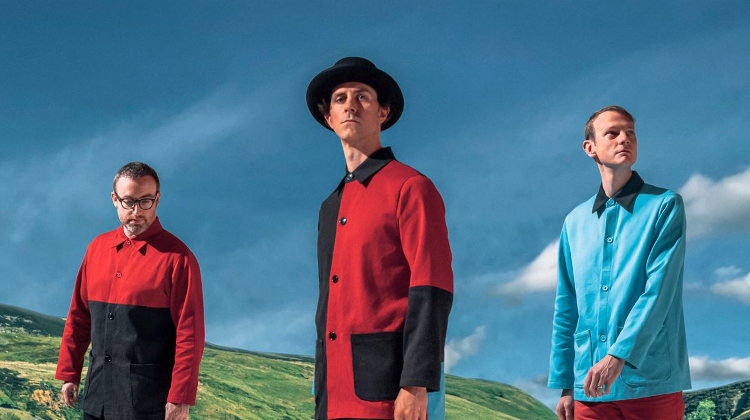 As the year’s roll by, Maxïmo Park are showing absolutely no signs of slowing down as their new record, Nature Always Wins, blesses the world of Indie music.

After a while out of the game, the band have returned as a three-piece from a four, but if anybody thought that losing long-term keyboardist, Lukas Wooller would impact their music negatively, then they couldn’t be further from the truth. The Northerner’s set the bar high with their previous album, Risk To Exist, but if they were feeling any pressure whilst making this record then it certainly doesn’t show through the music.

The boys have been teasing Nature Always Wins for quite some time as they have already released four tracks from the album. Child of the Flatlands came in September last year, whilst Baby, Sleep shortly followed along with the announcement of this record. Meanwhile, I Don’t Know What I’m Doing came in November and All Of Me was released at the beginning of 2021.

All four pre-releases perfectly encapsulate what this record is about as they all offer something different for the listener, whilst not straying too far away from the sound that made the band what they are today. Tracks like Baby, Sleep sound like the classic Maxïmo Park from back in the early noughties whilst Child of the Flatlands draws more comparisons to the retro indie sound of Ocean Colour Scene.

Focal points of the record include Ardour, with its incredibly catchy chorus and unique backing vocals and Placeholder, with its addictive and extremely energetic backing beat; all three members get a great chance to show off their individual talents on this track in particular. However, whilst all of the tunes within the record command a great amount of respect, it is hard to look any further than Partly Of My Making that will likely go down as a fan favourite. It is captivating, it is lively and it, most importantly, opens the record perfectly.

The slower tracks come in the form of All Of Me and Feelings I’m Supposed To Feel, although the pace is not to be taken lightly as the lyrics throughout both songs offer a calmer side to the band through heartfelt words and softer melodies. The group may be mostly known for their high energy and stamina but tracks like these continue to show the versatility of the North-East born band.

It is safe to say that the group can look back on this record with a lot of pride as they have overcome the challenges of a global pandemic, the departure of a long-serving member and an extreme lack of live music opportunities. You can only listen and hope that the Indie world gets an opportunity to hear Maxïmo Park in a live setting again at the very earliest opportunity.