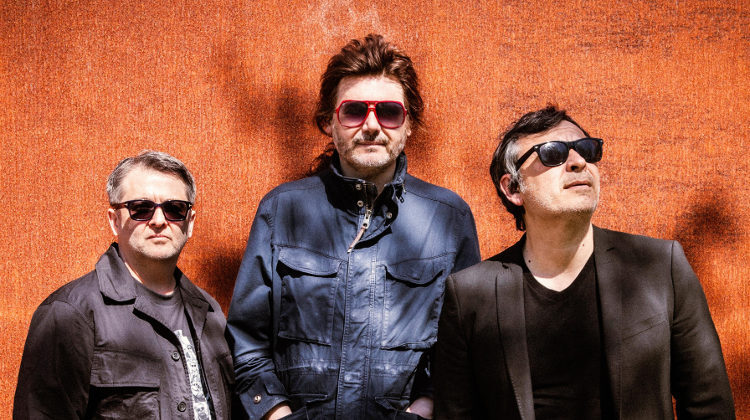 After a three-year hiatus since their last record, The Ultra Vivid Lament is worth the wait. As the title suggests, the album is a reflection of grief and painful memories. Emotional vocals create a melancholic ambience, but warm pop undertones give the album an uplifting feel.

James Dean Bradfield’s distinctive delivery sounds as crisp as ever, and the guitar work is, as always, mightily impressive. Initially conceived on piano, the album was recorded at the band’s Newport studio with long-time collaborator Dave Eringer. Giving that this is their 14th album in a career spanning over three decades, The Ultra Vivid Lament still sounds contemporary and fresh.

The album starts with Still Snowing In Sapporo, reminiscing the group’s 1993 tour of Japan, before the disappearance of their guitarist Richey Edwards. The lyrics poignantly reflect on this: “Still breaking my heart, the four of us against the world.” The track starts slowly but gradually builds up to the trademark Manic’s sound we all know and love.

The band openly draw on influences from ABBA, which can be heard clearly in Orwellian, a single released earlier in the year. The track begins “We live in Orwellian times” focusing on themes of culture war and division in modern society. Although the song is slightly cheesy, Bradfield’s vocals shine through in the chorus, and a fierce guitar solo brings the track alive.

The Secret He Had Missed features a welcome back-and-forth duet with guest vocalist Julia Cummings, and the piercing guitar in the latter stages of the track reminisce of the band’s glory days. The record surges on with two more compelling tracks, Quest for Ancient Colour and Don’t Let The Night Divide Us. Both are more than just album fillers, and encapsulate the feel of the album. Manic Street Preachers have never been shy of expressing political views, and Don’t Let The Night Divide Us touches on these: “Don’t let those boys from Eton suggest that we are beaten”.

The record continues with powerful piano chords and heavily reverbed vocals in Diapause, whilst Complicated Illusions and Into The Waves Of Love make for more absorbing tracks. Blank Diary sees a collaboration with Mark Lenegan, who’s grungey vocals, matched methodically with Bradfield’s, make for one of the album’s highlights. The Ultra Vivid Lament closes fittingly with Afterending, an emotional send off to a well-rounded album.

After growing up listening to tracks like Motorcycle Emptiness on repeat, I admit that I was slightly underwhelmed by Manic Street Preacher’s most recent release Resistance Is Futile, but I was charmingly surprised by The Ultra Vivid Lament. Whilst fans of their 90’s work might feel slightly let down by the change of sound, we should all rejoice the fact they are still together and still making good tunes. The album is coherent, each track meaningful and carefully thought out. Nicky Wire’s lyrics are excellent, Bradfield’s delivery is rich and warming, and Sean Moore shows he’s still one of the best rock drummers around. The album grows on you and sounds better with every listen. Overall, an impressive return for the legendary British outfit.