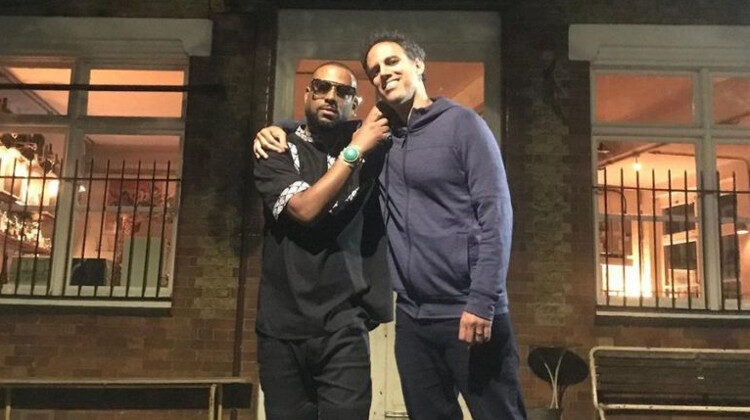 Expert sampling and wild mysteria are constant as dreamy sounds take you away in Madlib and Four Tet’s new record, Sound Ancestors.

For any music fans out there that appreciate a good producer, this can be nothing other than deadly, and can certainly generate an abundance of excitement and expectation. For those who don’t know, Four Tet, who is frequently also known by his real name, Kieran Hebden, is an absolute legend in the world of electronic music and Madlib has worked with almost every name worth knowing in the hip-hop industry. The two have been friends for a few years now and they both managed to make music with the late and most definitely great, MF DOOM.

The two mixers clearly felt no pressure when creating this album which is clear through every track. It sounds experimental, it oozes unconventionality and it has a real fresh feel to it. Sound Ancestors is widely considered as Madlib’s first real solo album and Four Tet’s influence comes in as he edited, arranged, and mastered the LP. There are 16 tracks to listen through and there are next to no similarities between each of them.

Tracks such as Dirtknock, Hopprock and Road Of The Lonely Ones were skillfully chosen as pre-releases in December and January, all incredibly addictive and possessing beats that make you wish you could be witnessing the music in a live setting. They are sampled to perfection and whilst they may not be to everyone’s taste, they certainly cannot be accused of being dull.

The diversity of this record is showcased through the placement of Latino Negro, with its salsa sound sitting next to such a heavy and gritty track in The New Normal. Meanwhile, tunes like Chino and Theme De Crabtree provide moments of extreme chill, allowing you to sink into the music and cast your mind far away from the craziness of the world right now.

Two for 2 – For Dilla is another highlight of the album, paying homage to another one of Madlib’s late friends and collaborators, the legend that is J Dilla. It’s jazzy, it’s funky and it gets the body grooving. These three attributes alone can only make for a great track.

Realistically, it would take all day to dissect every track within this collaboration and that is fully down to the variation of the music within. It’s a testament to both Madlib and Four Tet’s work and vast experience in production. It may be early in the year but it cannot be denied that these two have set the bar high for music being released throughout 2021.

The most admirable aspect of projects like this one is that whilst both artists are considered as legends that have been around a long time, they continue to create music and art that looks and sounds like they have been on the scene for five minutes. It’s modern, it’s innovative and it’s the very reason why they have as many fans as they do.