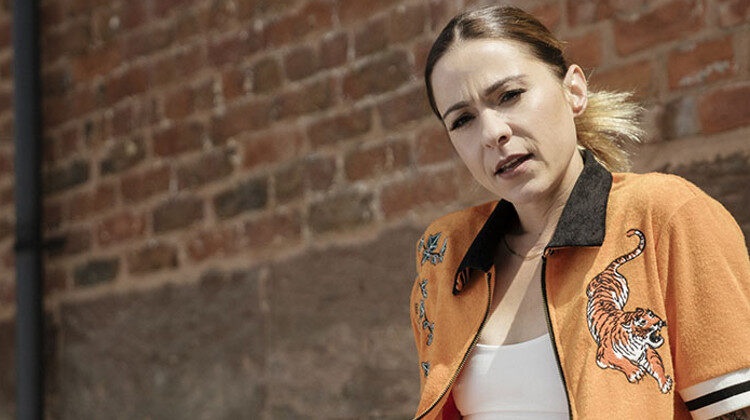 Unapologetically fierce yet at the same time candid and honest, Lucy Spraggan’s genre-blending sixth album Choices is the feel-good record we’ve all been waiting for.

When we interviewed Lucy about this album back in November, she described it as ‘a diary of the last couple of years’ – years that include a divorce, getting sober, and an impressive physical transformation, so it’s no surprise that this album packs quite a punch.

The badassery certainly shines through in this record, particularly in the songs that have something of an Ennio Morricone feel to them thanks to the percussive, twangy guitar. The opening single Flowers is one such track, but Wild is one of the standout ones – undeniably cool, the chromaticism and laidback vocals could make anyone who listens to this song whilst walking down the street feel like they can handle anything. “She’s sick and tired of being sick and tired / driving down a dirt road with a nail in her tyre / she’s got a piece of paper, it has some names on / you don’t wanna be one of them” – Kill Bill vibes, anyone?

Elsewhere, some of the tracks are more introspective, as If I Had a God and Heartbreak Suites both feel more intimate and personal compared to other songs. The record also has some truly motivating tracks. I Spent a Night in the Desert is upbeat, with lyrics that remind us of the good things in life, whilst Why Don’t We Start From Here does a good job of making us forget about the past and look forward to the future – I, for one, could definitely imagine this accompanying the ending credits to a feel-good film. Meanwhile, Lucy gives words of advice and comfort in the titular track Choices (Don’t Be Afraid).

All in all, Choices is no doubt a diverse record with plenty to offer. It’s an album to have on repeat whichever mood you’re in, but particularly if you’re feeling low, it’s sure to pick you up. Lucy’s attitude comes through strongly in this one – and we are absolutely here for it.