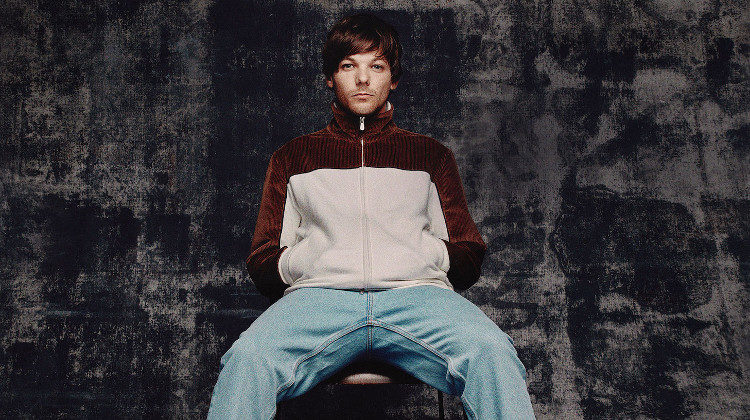 Louis Tomlinson goes to painful, often amusing, almost heroic lengths to be himself on Walls, his first solo outing.

The 31st of January, 2020 was a significant date in British history. As Union Jacks waved in the streets, a once-powerful world figure declared his independence and announced control over his own future. With his first album since One Direction’s platinum-selling Made In The A.M., Louis Tomlinson attempts to solve “the puzzle [of…] how to please both myself and the fans” with a unique marriage of Oasis-themed anthems and EDM-inspired, festival pint-spillers: an attempt to make this normal lad from Doncaster great again.

Louis tells of an ongoing “process of understanding where I sit musically”; a process akin to an Arthurian quest for authenticity. He attempts to wrest sword from stone on opener Kill My Mind, a sneering, jangling number, full of blazing guitars and swaggering Gallagher-esque gestures. Louis emulates Oasis emulating Christ with this impression of stadium rock. “Raise my body back to life” he sings, replete with rousing chorus harmonies. Notable, too, is the title track, which is reminiscent of Liam Gallagher’s nostalgia-fueled solo career: rocking, but clean and well managed. At its best, the Oasis posturing is delightfully absurd, such as on Only The Brave with its high-street chords and clarion call to “pour mercy mercy on me/ Set fire to history.” If Louis hadn’t caught his break on The X Factor, he could be successfully grafting a few bob in Doncaster town centre, covering Champagne Supernova.

One of the album’s highlights, We Made It, is a true Freshers Week rocket. The remaining traces of Louis’ rubbish EDM collaboration with Steve Aoki combine with Wonderwall structures as he sings of meeting mates at uni for “cheap drinks,” and partying all night. The one-time Directioner also tackles the forces that have delayed his debut solo effort by four years. He sings: “Oh, God, what I could’ve become / Don’t know why they put all of this on us when we’re so young“, in reference to the pressures of a rapacious music industry; refreshingly, this Louis is carefree. He furthermore notes his lack of talent: “singing something pop-y on the same four chords / Used to worry ‘bout it but I don’t no more, yeah“. The song reveals the singer’s sense of humour, and he’s managed to craft his conventionality into a tune worthy of crowds painting YOLO on their chests and jumping around until they’re muddied like frogs.

What is truly surprising on Walls is that Louis is capable of producing a genuinely personal, affecting song. Two Of Us, his meditation on bereavement, is worth every ounce of the 2019 Teen Choice’s Best Song Award he won for it. His accent has suffered no Americanisation and his delivery is pitch-perfect. “I wish it was me instead,” he sings, good-natured and at his most authentic. The often platitudinous lyrical mode of the song (“you’ll never know how much I miss you,” “don’t give up,” “I’m gonna make you proud”) uniquely captures the everyday form grief and loss confront us in. This is clearly a ballad his late-mother would have been proud of, and he knows it.

Habit, meanwhile, sounds like Michael Buble jamming with the Stone Roses, just with less vocal flair and less natural cool: yellow daytime pop matched with plaintive sunshine chords and meandering electric guitar lines. It makes a surprisingly good combo, a veritable chip butty. And he is more comfortable in this vein, as the lyrics convey, having long since “run out of energy of playing someone I heard I’m supposed to be.” It is a not unenjoyable experience hearing Louis struggle for creative control but placed atop the summits he scales are the flags of noble Britpop adventurers from the 1990s.

Some of the time it can be hard to take Louis Tomlinson seriously. Fearless, a po-faced identification with the middle-aged mediocrity of “second wives” and “cars on the drive” is certainly laughable and Perfect Now, an attempt to cash in on the Supermarket Flower-isation of the Number 1 spot, is hilariously twee; tellingly, it’s the song on the album that most resembles One Direction. But this isn’t Louis, not really. Louis cites Oasis, Amy Winehouse and Arctic Monkeys amongst his music influences, belying an affinity with his local pub’s jukebox and the majority of 18-25-year-olds in the UK. He does succeed in pushing the sound on Walls closer to his personal taste, and those of his contemporaries, but the anodyne Pop™ production continues to limit Louis, whose musical choices don’t yet fully reflect the bitterness and doubt he has struggled to suppress. But have any other Directioners been this explicit about the lack of self-direction inside the Pop Machine?

In the increasingly nonsensical culture war, normal lad Louis Tomlinson stands as a far more admirable leader than his adversary, the cavorting Harry Styles, who can be found wearing a salmonella lyotard and crooning of Californian suns that look like jelly beans. Walls is an honest, nostalgic attempt to free himself from the chains of the past, but they prove not so easy to shake.