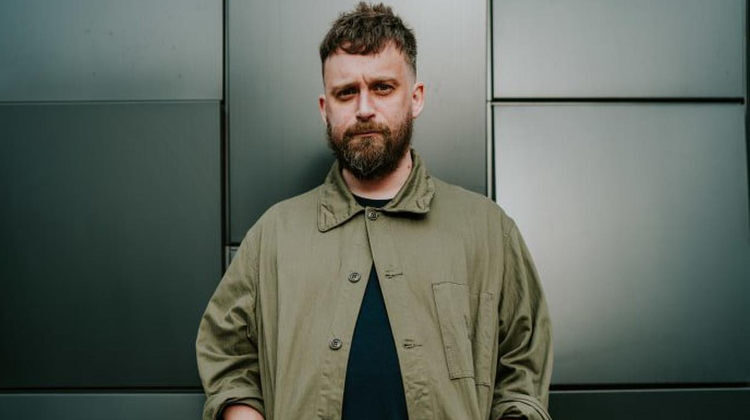 Nottingham-born Matt Cutler, AKA Lone, has been one of the most consistent and prolific electronic artist of recent times, churning out seven impressive albums in the last 15 years. After a five-year hiatus, his eagerly-anticipated eighth album sees the introduction of vocalist Morgane Diet, whose ethereal vocals join ambient synths and downtempo breakbeats to create a fresh new sound. Always Inside Your Head marks a fresh new chapter the UK producer. The record never settles in one place and instead blurs the lines between trip-hop, deep house and Balearic beat.

Album opener Hidden By Horizons introduces Lone’s distinctive sweeping synths and signature drums, which teasingly dip in and out as the track progresses. It’s an unmistakable Lone track, but with a new dreamlike aura created by Diet’s vocals, which sound like they could have been sampled from an 80s shoegaze band. It was not a surprise to hear that Lone cited Cocteau Twins and My Bloody Valentine as major influences for the album, and the addition of a vocalist instantly fills a space in his music I never knew existed.

The hazy mood continues in the next three tracks. Glass chimes, lush pads, slowed down breakbeat drums and more mesmerising vocals flow throughout Realise and Echo Paths. The vocals are treated like any other instrument, heavily effected fragments fading in and out, creating a hypnotic and disjointed feel. Ambient interlude Visited by Astronauts – which features Lone’s iconic ‘space flute’ – is more than pleasurable, but I did find I was yearning for a harder-hitting club track.

I didn’t have to wait too long for my wish to come true though. The first hit of a kick drum in Inlove2 felt like being awoken from a deep sleep. The slowed-down breaks are ditched for a four-to-the-floor beat, with rich pads, alluring synth melodies and deep bass coming together delightfully to form a classic Lone beat. After the gentle opening tracks, it’s a welcome change of pace that exemplifies what Cutler is best at, creating music to dance to.

The record is then turned on its head with Mouth of God. A fierce 303 acid bassline that would sound out at home on a sweaty dance floor is joined by classic 90s breaks, a befitting nod to his rave revival-themed album, Abraxas. Always Inside Your Head comes into its own with the added energy. Tree for Tree is perhaps the standout track on the album, Lone’s skill as a percussionist is more evident than ever, the expert drum sequence building up tension to a rasping acid house finale, a reminder that he can create some serious sound when he needs to.

The album ends much like how it starts. Coming Into Being And Passing Away a stripped-back but immersive assembly of heavily affected washy orchestral synths. Entirely beatless, it’s a soothing end that fits the record’s loose narrative of birth, death, and our existence in-between.

Lone has never quite gained the credit he deserves, but Always Inside Your Head cements him as one of the best producers of the last decade, and a true pioneer for electronic music. It feels like Cutler’s most personal release to date, and Diet’s vocals are a welcome addition that complement the vibe of the record perfectly. There’s certainly no denying the skill and precision gone into making this album, and whilst a rave enthusiast might wish there were more ‘bangers’, any lover of contemporary electronic music will appreciate its craft. A collection of excellent tracks and another impressive release from Lone.