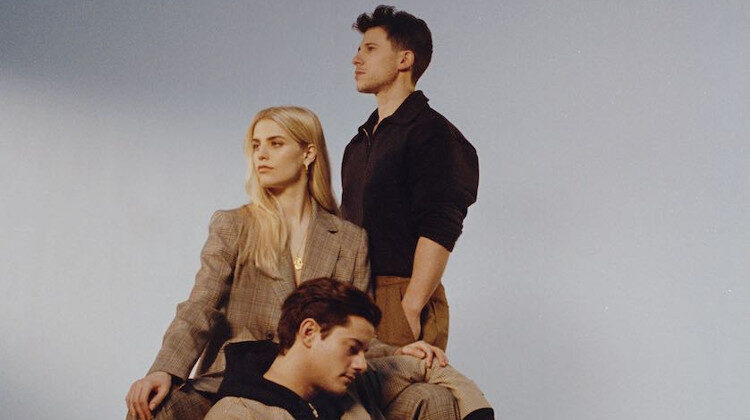 To put it simply, Californian Soil is one of those albums that you just don’t want to end. The lyrics are profound, the instrumentation is well-crafted, and lead vocalist Hannah Reid just shines.

Reid says of the album, “It’s about gaining possession of my own life. You imagine success will be amazing. Then you see it from the inside and ask, “Why am I not controlling this thing? Why am I not allowed to be in control of it? And does that connect, in any way to being a woman? If so, how can I do that differently?”’

We are treated to a stunning opening track in the form of Intro, where Reid’s sublime vocals are showcased beautifully. The track sounds as though it belongs in the score of a fantasy film, with slight folk undertones from Reid’s vocal line that soars above an ethereal string arrangement.

Missing is a trippy, hazy mix of intoxicating vocal harmonies and pulsing synthesisers, whilst the candid and sensitive lyrics in Lord It’s a Feeling really make the listener ponder the themes of relationships and infidelity that the song appears to address: “I saw the way you made her feel like she should be somebody else / I know you think the stars align for you and not for her as well … Lord it’s a feeling that I felt.”

Elsewhere, Call Your Friends stands out for its catchy melody in the chorus and atmospheric beat, whilst All My Love is pure art – Reid’s vocals are always magnificent but this song, in particular, shows her off unlike any of the other tracks. The stripped-down instrumentation means that all our attention is focused on Reid, who demonstrates both her range and her excellent vocal control.

Talking reintroduces the folk vibe to the record with its use of acoustic guitar as well as an intimate-sounding piano, whilst I Need the Night is more upbeat than the majority of the other tracks and is one that you almost can’t resist moving a little to.

On the whole, Californian Soil does not disappoint. London Grammar have a unique essence that comes through strongly on the album and all twelve tracks are in some way a delight to listen to – and you’ll definitely be wanting headphones to properly experience what this record has to offer.