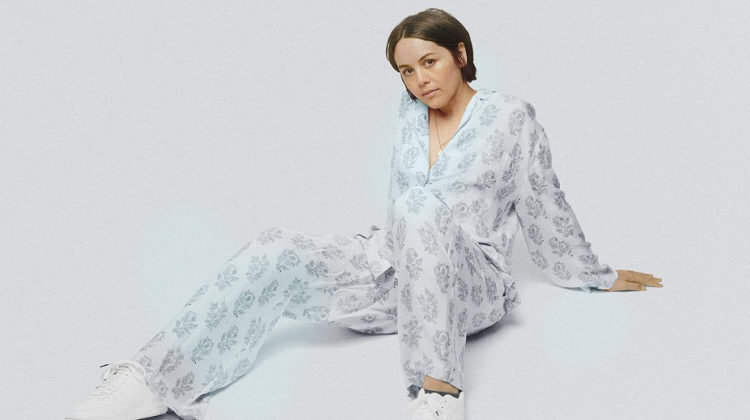 Berlin-based producer Logic1000’s latest EP shows that repetition doesn’t have to be repetitive.

Berlin-based producer Logic1000 cements her style with her newest genre-fusing EP, In The Sweetness Of You, which brings forward the affinity for repeated loops from her self-titled 2019 release, Logic1000, with less of its experimental sound. There’s not much of a need to experiment anymore—if Logic1000 was the producer’s search for a sonic identity, In The Sweetness of You shows she’s found it.

The EP blends electronic, deep house, tech house and dance despite being just five tracks in all, including two released as singles in advance: What You Like featuring yunè pinku, and Natural featuring Big Ever, another Berlin-based DJ and producer. At track one, It’s All Around pulls the listener into the EP with a strong kick drum and a sturdy drum pattern above it. As the track progresses, the drum section takes on more and more complexity: the first two elements are soon joined by another layer of clipped, metronomic drum beats and a syncopated snare line, and contrasted with the beeps and warped sound effects played above it. A low-key female vocal loop is played at rare points in the background to break up the sound, allowing a feminine touch to peek through behind the layers of solid drums, reminding us of just who is controlling them.

That feminine energy is foregrounded in the next track, What You Like featuring yunè pinku, which positions the Malaysian-Irish guest singer’s breathy vocals right against the solid drums that set the foundations for all five songs across the EP. Track three, Just Calling, starts off with a sound that calls to mind a photocopier, which is almost ironic: although samples and looped sounds form the backbone of In The Sweetness Of You, the way in which they are used demonstrates originality that sets Logic1000 apart.

The sampled female vocals return for Natural featuring Big Ever, where they reverberate through a vast soundscape against textured drums that sound like machinery in motion. The predominance of drums on each of the five tracks can make them hard to tell apart at first without a distinct melody to grasp onto (save for What You Like), and the album feels like a blend of club mixes and home-listening—but maybe this is part of In The Sweetness of You’s unique charm, coming from a producer who first started producing in the isolation of lockdown, where the only places people could dance in were their living-rooms and kitchens.

The EP’s last track, 21, juxtaposes sweeping synths with a catchy techno-flavoured melodic loop which recalls the blips on tracks like Medium and Her from her previous EP, You’ve Got The Whole Night To Go. In The Sweetness of You might not reach skyscraper heights, but with such strong foundations and so many layers of sound, it seems like Logic1000 can only build upwards from here.