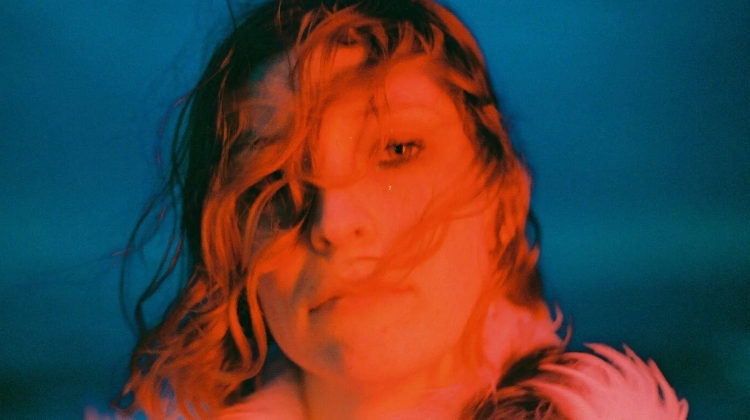 Liz Cooper sets expectations alight with a record spliced with the artful sounds of psychedelia, aggressive punk, and clear influences from the 90s grunge scene.

If you’re a big fan of The Stampede, these are sad times for you. Leaving her long-time home of Nashville and departing from the band with the blessing of the big three, lead vocalist Liz Cooper charges forward on her own, unbridled by the genre constraints she felt came with the band to pursue sounds that speak to her own creative direction on brand new solo album, Hot Sass. Gone are the dulcet tones of Americana folk and blues, replaced instead with explosions of hard-nosed punk intermixed with psychedelic trips and intimate, introspective ruminations.

Opening track, Slice of Life, tips its hat to old school grunge, bass-forward with heavy distortion, and comments on social alienation and the finality of life (‘Well there’s a big white hearse in the driveway gonna take us all away’). The tributes continue on title track, Hot Sass, jumping dissonantly between sludgy verses, reminiscent of Hole, to rip-roaring frenzies of biting guitars. The attempts at hardcore punk feel played out and lacking in originality, like the kind of thing you’d expect from your teenage brother’s cover band making noise in the garage.

But there are some real gems on the album. On Heart Shaped Candy, for example, Cooper drops all the forced pretence to deliver a heartbreakingly vulnerable track. Languid and floaty, it hangs in the air like cigarette smoke as she croons pensively with a voice like Courtney Love, sounding on the verge of tears: ‘I’m aware that I’m not well’ and ‘beauty in the pain they say / Well I feel beautiful today / But I just wanna feel okay.’ There isn’t much complexity here, but in a few words, she paints a raw and honest picture of the human experience – of the onslaught of lows and desperate hope to one day achieve contentment in the battle of life. And likewise, Fragile Lips, with its almost naked instrumentation and pleas to ‘kiss me like you mean it’, feels delicate, almost too candid, and showcases her incredible vocal abilities.

There is an undeniable psychedelic openness achieved on the album, the results of prolific mushroom consumption in a small kitchen in Little Jamaica during the production process. On Feeling Good she creates a trippy, almost cosmic energy with keys, synthesisers, and warbling guitars, accomplished with the help of bandmates Ryan Usher, Joe Bisirri, and Michael Libramento.

Lucky Charm is an epic 8 minutes long and keeps morphing as it progresses, infused with elements of surf and progressive rock. And Getting Closer, co-written by and featuring Michael Nau (Page France, Cotton James), is a groovy, eerie track, with entrancing vocals and whining guitars that feels haunting altogether. ‘I met up with him under a picnic pavilion in the woods nestled away right off of the highway in Eastern Maryland,’ says Cooper. ‘A really intense rainstorm passed through us all of a sudden, allowing simple yet complicated feelings to fall into words and into a song and memory that I love very much.’

Whilst the album is lacking at times, Liz Cooper makes a bold leap into a world of music she clearly has a passion for. Six years is a long time to spend writing the same songs. She is to be applauded for her efforts, even if they could do with a sprinkle more creative flair.