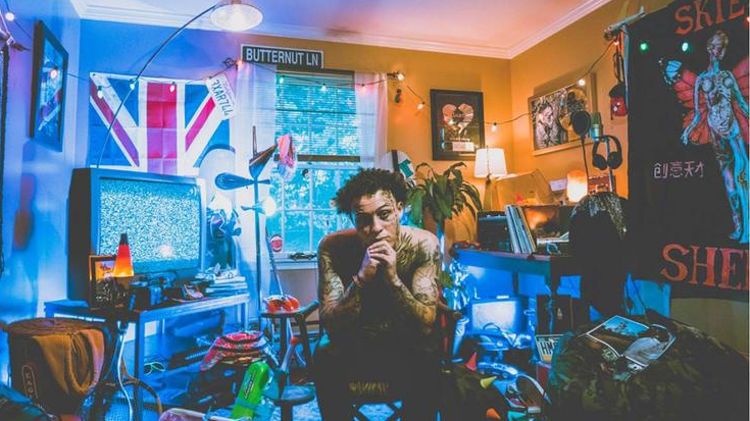 Whatever your opinion on Lil Skies’ music and his latest album Unbothered, it cannot be denied that the 22-year-old rapper and songwriter’s dedication, output and success is incredibly impressive.

Encouraged from childhood to pursue rap by his dad whilst growing up in Pennsylvania, Lil Skies has returned with more music in 2021 with the release of his second studio album, Unbothered. In this release, Lil Skies collaborates with numerous producers to explore themes surrounding the duality of fatherhood and being a performer. While the lyrical content is a little lacklustre and generalist at times, the craftsmanship and care in the production and overall construction of this album cannot be ignored.

Many of the tracks on the former half of Unbothered possess distinctive clarity and articulation, with memorable bars such as “I can’t buy your loyalty, but I’ll be there for you for sure” (Fade Away). Despite his young age and relatively short music career, Lil Skies reflects on the profound success he has achieved so far and how he has “got new money, I spend it to waste time” Take 5). There are relatively few collaborations on this album, but those that do feature offer impressive performances, including Wiz Khalifa in Excite Me and excellent production from Buddah Bless in Ok.

While Lil Skies manages to cover a plethora of deeply personal subjects, the picture painted through the lyricism is often hazy and generalist; making it difficult as a listener to fully engage with many of the tracks.

Despite stating “I got a story to tell” (Fade Away) at the beginning of the release, said story gets woven a bit too deeply into the lyrics and is often only skated over in some tracks. Lil Skies is very guilty of the classic “rapping about rapping” trope, meaning any more meaningful lyrical content is sandwiched among stock phrases and ideas.

On Ok, he boasts about his lyrical stamina through long flows based off one idea (“Another verse, I can do it for fun”), which is impressive but wears thin fast and becomes very shopping list-esque. Moreover, many of the songs draw on zeitgeist lyricism and production, making them predictable and indistinct from the work of other rappers at the moment; despite discussing interesting subjects such as fatherhood and brotherly love (especially Havin My Way feat. Lil Durk and On Sight).

This contributes to much of the stories told on the release being hard to visualise and understand, as the lack of clarity and individualism leads to a disengagement from the listener.

There is no ignoring Lil Skies’s gargantuan success in his music career, with almost 3 billion streams across his previous releases. While some may find a great deal of depth and meaning in Unbothered, I personally struggled to engage with it and found it difficult to get past the lack of clarity. Nevertheless, I don’t doubt this release will be very successful amongst Lil Skies’s loyal fanbase.