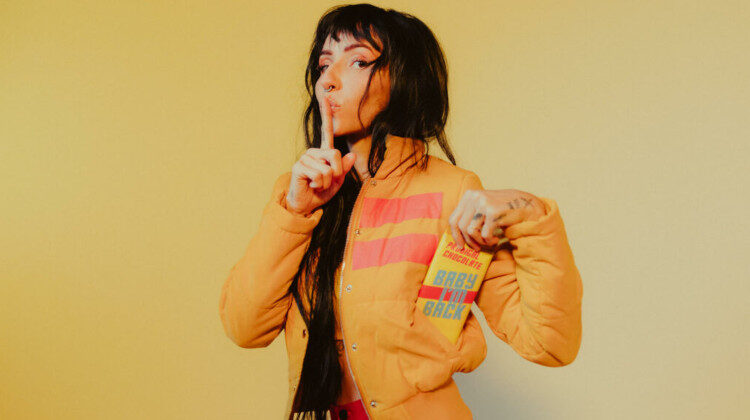 Lights brings her light to the post-pandemic darkness with her new album, PEP.

Five years after the release of her comic-book-based album Skin & Earth, Canadian alt-pop artist Lights returns with her fifth studio album, PEP. The 13-song album is also accompanied by another comic book instalment, entitled The Clinic, again written and illustrated entirely by the singer.

Lights’ multifaceted talents as visual artist, writer and musician can all be seen to converge and bleed into the PEP project, which has all the indie-pop appeal of Skin & Earth with a new strength and maturity. Lights seems to have recognised this herself; speaking about the album, she said, “I’ve never understood the task more than I did when I was making this record. My vision feels complete, and every single component comes from this very intense evolution I’ve experienced in my personal life over the last few years.”

It’s an album full of unapologetic anthems in all sorts of colours, from airy-vocaled electropop (Beside Myself, Rent, Grip) to the swaggering self-confidence of Salt and Vinegar, Jaws and Sparky. It’s an ode to “love, magic, feminism” (Prodigal Daughter), and the self. “The idea behind PEP is if you’re going to brand yourself, then brand yourself to happiness,” Lights has explained.

Lights therefore makes it clear that she’s going to dance to the beat of her own drum (“Everybody talkin’, I can’t hear what they said / Yeah, I’m too busy dancing to the drum in my head,” she sings on the chorus of In My Head). Given that it has Twenty One Pilots’ Josh Dun lending his talents to the track, it’s an impressive drum score to be dancing to.

Money In The Bag brings in dramatic Western-style guitar and piercing high notes from guest artist Kiesza, while Real Thing featuring producer-singer Elohim recalls the simpler times of early-2010s pop with its summery steel pan percussion, shimmering synths and video-gamey sound effects. Discussing the track’s conception, Lights said, “We [herself and Elohim] had sake and sushi and sang and played weird instruments and laughed and all was right in the world.”

The impression that all is right in the world—or at least, that it will be—comes across no matter which track on PEP you’re listening to. The album might lose some of its intensity towards the end, but it never loses its hope; as Lights sings on Okay Okay, “I always say I’m the happiest sad girl you’ll ever meet”. From an artist who has received stacks of letters from fans talking about how they’ve depended on her music to get through their toughest times, it’s an all-important album at an all-important time in the world—and it’s sure to put at least a little PEP in your step.