Home » articles » Lightning Bug: A Color of the Sky – Review 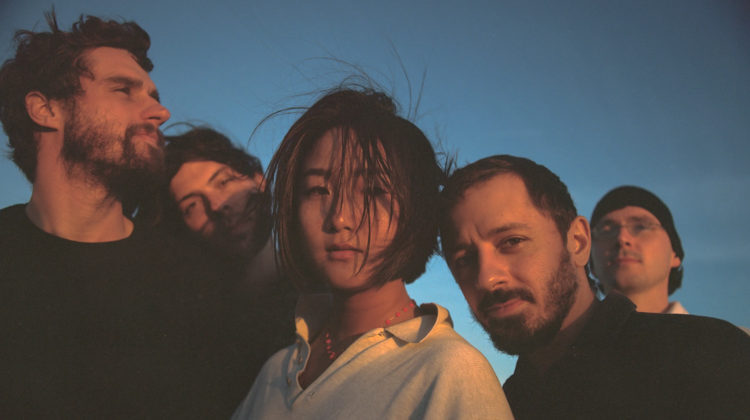 A Color of the Sky is an enthralling introduction into the dreamy and subdued world of Lightning Bug.

Based in New York, the five band members worked on this live project from an old unused house transformed into a studio. This makes the listening experience even more magical. The album is full of gentle drumbeats, guitar synths, and various other textural sounds, all led beautifully by the Mazzy Star-like vocals of Audrey Kang.

The Return opens the album, drawing you in with its downcast softness, progressive instrumentals and a hypnotic melody. The fact that the track is over 6 minutes long heightens its atmospheric quality, especially as it quietly fades out towards the end. The Right Thing is Hard to Do follows and is the kind of track that you can imagine yourself listening to driving along an open country road in the summer. Audrey’s country vocals and the electric guitar filled chorus is wonderfully cinematic, providing that masterful mix of melancholic yet somehow joyous.

September Song pt. II has more of a folk music quality, sheathed with Audrey’s musing vocals, reflective lyrics and crackling synths. Wings of Desire is another spectacularly atmospheric track, building up to an instrumental that is just layers upon layers of various magical sound elements. The first half is completed by The Chase. It’s the only track to not feature Audrey’s voice and its notably lower pitch transitions the listener nicely into the second half.

This part of the record gets a little punchier. Audrey’s vocals on I Lie Awake feel more rebellious and are complimented by the growling, ethereal sound of shoegaze guitars. Song of the Bell is also a little darker sounding. The song starts off with an impressive sound design arrangement, laced in distortion and reverb, which then leads into a gauzy indie-pop like track. The final three tracks go back to the fluttering sounds of the first half, painting a distant world for listeners to disappear into.

This album is rich in mystical melodies, beautifully arranged soundscapes, and well-considered lyrics. A Color of the Sky from Lightning Bug won’t be appreciated by everyone, but for the introspective music lover, it is a warm comforting hug for the ears.