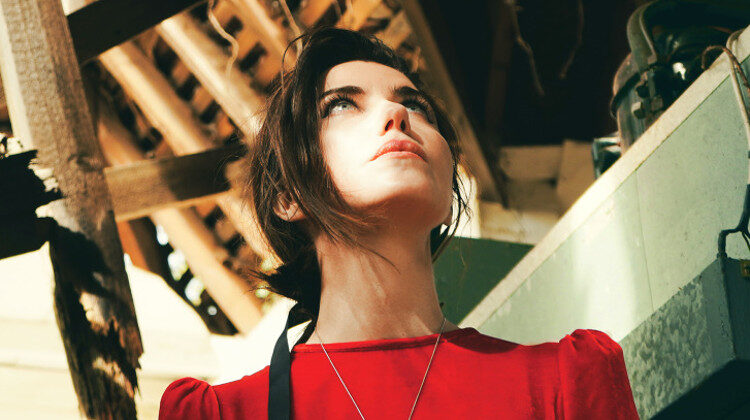 Written on a beat up acoustic guitar in various Airbnb’s between tours in the UK and L.A, Town Called Nothing is Laura-Mary Carter’s first solo release, backed by producer Ed Harcourt who also plays bass and piano and Jorma Vik (The Bronx, Eagles Of Death Metal) on drums. The album sees Carter embrace a fresh new sound and emotional themes of love, abandonment and desolation. Unlike the frenzied, electric guitar-driven rock sound of Blood Red Shoes, the sound is soft and reflective, and Carter’s most personal work to date.

The record kicks off with Blue’s Not My Colour, a warm and vibrant folk piece full of rich vocals and mellow acoustic guitar. A strong introduction that is elevated by a standout chorus. Next track Signs has a more atmospheric and darker feel. Carter builds tension with ethereal vocals and dreamy synths before a big swelling bass and powerful drums join and create another solid track with impressive production.

The mini-album continues with title track Town Called Nothing, which is a real highlight. Inspired by the Arizona ghost town ‘Nothing’ and the fear of being left abandoned, the track perfectly encapsulates the mood of the album, and Carter’s powerful delivery really stands out.

Better On My Own is another melancholic piece that is more stripped backed, with poignant lyrics about the struggles of relationships. Soothing vocals are joined by rich guitar that builds nicely as the track progresses. The City We Live offers more of the same and is another accomplished piece of songwriting.

The record concludes with Ceremony, which is the closest you get to the sound of Blood Red Shoes. Hazy sections of reverbed electric guitar dip in and out of Carter’s dynamic vocals and the track teases with taking things up a notch, but sadly never really goes anywhere.

Town Called Nothing is probably too short to be an album and too long to be an EP, but one thing which is certain is its quality. An ambitious record from an artist with a lot of talent, Carter’s rich delivery is given more space to shine and is as expansive as ever. For her first solo release and a dive into new pastures, it’s an impressive collection of accomplished tracks.