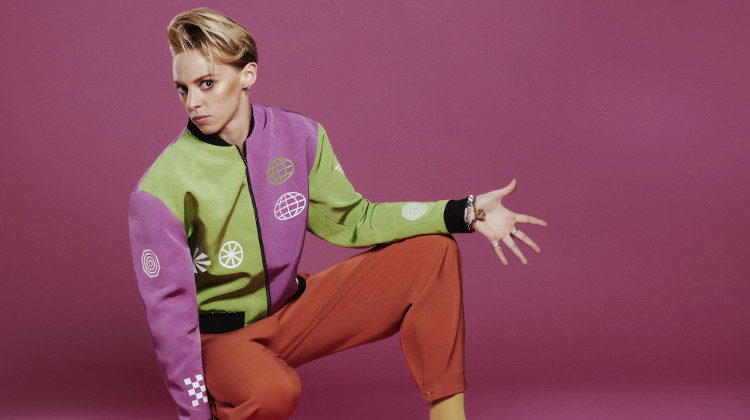 Grammy-winning, BRIT and Mercury-Prize-nominated artist La Roux (Elly Jackson) has brought us a brand new album with Supervision, her first since 2014’s Trouble In Paradise. This is flipside British pop that gives an alternative to the alternative.

The sound of La Roux is extraordinarily unique. You are reminded of long-forgotten 80s hits but this isn’t eighties music. La Roux is an odd combination of futuristic and nostalgic and this music wallows in the fact that its very unlikely to ever be accepted by the mainstream while maintaining cult status and a loyal fanbase.

Upbeat synths and guitars are La Roux’s trademark sound and Elly Jackson has a quirky falsetto voice with a diverse range. The seven-minute song Gullible Fool is a standout track which owes a lot to Wham and George Michael’s ballads:

A really interesting point about La Roux is that her music and the way she presents herself is gender-less on the whole, and that particular style makes her music relatable to a wider range of people. It is quite easy to imagine a man singing these tracks and La Roux embraces that ability to be universally embraced in the same way that Suzi Quatro, Marc Bolan, and David Bowie have done before her. La Roux’s image is very strong, as is her attitude and her music. This makes a hugely refreshing change to see a strong woman take her space without relying on any type of external gimmick to gain attention. La Roux just takes her space and allows her music and talent to speak for itself.

He Rides is a stand out track with a captivating retro sound bounces along with a funky chunky beat that pulls you into its infectious disco ball glamour. Other standout tracks are International Woman Of Leisure that builds to an anthem of liberation and the seven-minute song Gullible Fool, owing a lot to Wham and George Michael’s ballads. It’s incredible to learn that La Roux has recently fought stage fright and anxiety that was so bad the falsetto voice that makes her sound so unique just melted away through fear.

The fact that Elly Jackson has had to fight and has won against her personal demons makes her music and image all the more strong, exciting and inspiring. A catchy and unique album with an inspirational personal story.