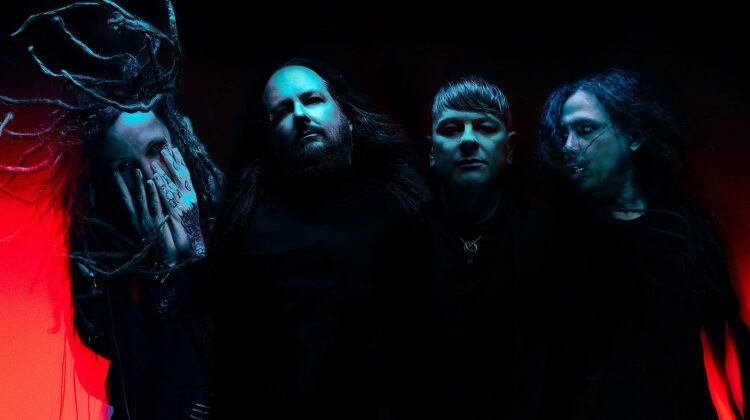 Matthew Wand spins the latest effort from the Godfathers on 90’s metal, Korn.

Let’s be frank, Nothing, the 2019 offering by Korn was a dark album akin to their early work such as Self-titled and Life is Peachy. So much has changed in the two years, in both the world and in the Korn family, with the hiatus of bassist and founding member, Fieldy. In all this turmoil, could the three remaining members of the of Nu Metal supremos catch lightning in a bottle once again?

Requiem opens in true Korn fashion with the heavily detuned single-string guitar riff intro of Forgotten. It’s not long before the whole band are locked into the heavy groove with the trademark melodic and anger-filled vocals of band leader Jonathan Davis. It feels like more of a straight and forced rhythm though. It is noticeable that the unique bass component of Korn’s sound is missing.  The five-stringers percussion-like slap, click and pop bass playing style has been a Korn staple since their inception. But even this has been muted over the years. Despite the tension between the two, Fieldy and original drummer David were a magical rhythm section. His critically acclaimed drumming style fitted perfectly with the quirky bass tones. Don’t get me wrong, the current Drummer Ray Luzier is a great drummer, but not necessarily a great Korn drummer.

The album rages on track after track with a pulsating drive. The melodic vocal lines are ever-present, backed expertly by guitar messiah Brian ‘Head’ Welch. After this, their 14th album, the lyrical hooks are still there. Maybe not as sharp but they still stick into your skin and make you sing along as you groove to the tempo. This is no more evident than the steamroller track Start the Healing, the first single from the LP. The chorus line of ‘I should’ve been good, I should’ve been down, I couldn’t let go, what could I do?’ will stick in your head for days!

There is a sleeper on this album in the form of eighth track, My Confession.’ The intro riff has a slap-back feel and the pace has a great groove. The main riff is colossal in a 90’s throwback moment that drives the song along, while the vocals flow beautifully over the top and entwin as you hit the chorus. The bridge is crescendo-like as it leads perfectly well into Davis’s middle 8.

There is no denying that Korn are metal royalty. By this point in their career, they have an alchemic formula that turns metal into gold. They really have transcended the sub-metal genre they arguably created along with producer Ross Robinson.

With just 9 tracks over 33 minutes, there is a twinge of being short-changed. The average track length is just 3 minutes and 35 seconds, which is 2 minutes less per track than their debut album. Some may feel that is more within the realms of pop and not metal, Nu or old. But as the coke bottle green vinyl spins on my turntable, I feel the last 25 years of my life fade to soft focus as I’m happily whisked back to my youth.

Requiem is another fine example of what we all know the Bakersfield metal superstars are capable of. The album shows little sign of progression, with a slight softening from the previous sombre LP. It’s still the same old Korn but with the lack of the original rhythm section and evolution. Requiem feels more of a nostalgia trip as opposed to a new musical journey.