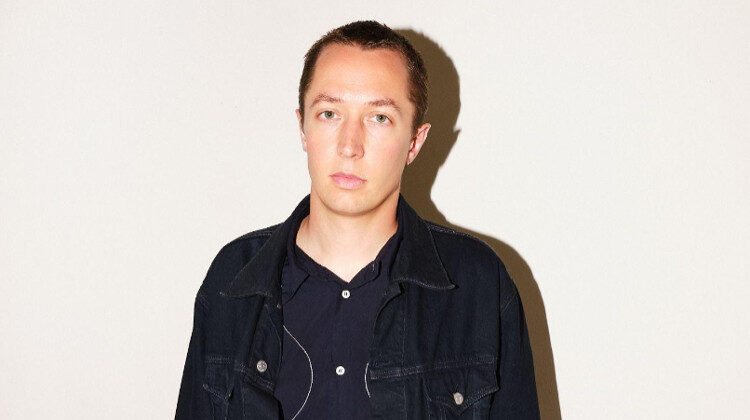 Experimental electronic artist Kit Grill turns on the ambient sounds as he continues his journey through the world of new wave music on brand new record, Ride.

The NTS Radio host has been extremely thorough and determined throughout the entire process of creating this record and work on the 12-track compilation of soothing tunes began right back at the beginning of 2020, before the madness of the year started. Kit has stated that the first UK lockdown caused by the dreaded C-word actually had its advantages as it allowed him to create and gave him more time than usual to work on the record, allowing him to play around with tracks as well as experiment a bit more.

It is clear that the London based DJ’s time in creating this album was definitely well spent. He has created a collection of songs that listeners can easily sink into whilst forgetting about the madness of the current world for at least half an hour of their time. After listening through many of the tracks within Ride, you cannot help but wonder how the producer is not more well known for his own music.

The record kicks off with Night, instantly releasing a feeling of comfort and peace. Whilst it may not be active or loud, it really does make you want to listen to more which is exactly what you want from an opener. Night was released at the beginning of October to tease the album to potential listeners and there are no surprises as to why it was chosen. The platform is very strongly set up for following tracks such as Sugar and Over as they seem to pick the pace up whilst presenting a wide range in variety of sounds; they also maintain the feeling of ambience throughout.

7th is a track that seems to switch the vibe. Kit Grill Builds up momentum by use of what appears to be a glockenspiel putting a different spin on the record, increasing the intensity that little bit more. It then leads into its follower Falling perfectly, a particular highlight of the record. The midsection of the album appears to take a darker turn, especially at the beginning of After, a track that sounds as if it belongs in a futuristic and gritty video game or film.

As the later stages of the record are reached, a broad range of sounds continue to be showcased and Kit’s versatility in music shines through. Tracks such as Forward have a higher pitched, slower melody whereas songs like Swan have a much heavier presence to them with a fast-paced drumbeat sounding through in the background. It would be no surprise at all if Swan was to emerge as one of the record’s favourites amongst listeners, its tense build up combined with its consistent drumming beat make for a track that wouldn’t seem out of place at a warehouse event – extremely enjoyable.

In addition to his music, Kit has previously spoken of his passion for creating a visual experience that is pleasing to the eye. He has certainly been able to provide that through the video for final track, Feather. Its Vegas-like setting is sort of ironic when you compare it with the contents of the track, the lighting seems very busy, yet the music is extremely calming. Much thought has clearly gone into this one.

Upon the climax of Ride, it is clear to any listener that Kit Grill has enormous talent. However, what makes this record even better is that he has created such a scintillating sound for his own use through his own label. The man has undeniable talent and he sure has potential to gain a host of new followers and fans through this record. Kit most definitely deserves them for creating such a fantastic sound.