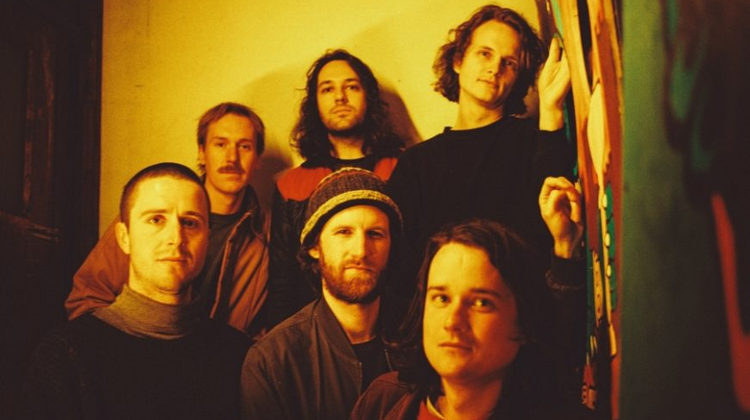 Melbourne psych-rockers King Gizzard and the Lizard Wizard complete their double album in stellar fashion with the playful and energetic sound of L.W.

Let’s face it, with a name that brilliant, you know something equally cool is waiting once you press that play button.

Name aside, King Gizzard have established themselves as one of Australia’s greatest rock and roll bands in recent memory. It’s hard to believe that they’ve only been around for just over a decade, truly a testament to the staying power of their music and brand. Let’s be honest, if the name doesn’t tempt your curiosity, then maybe the bright colours will.

With a staggering 16 studio albums under their belt already, the question of ‘what’s next?’ was surely on the tongue of fans when the band announced a self-titled double-album, of which this review focuses on the latter half, K.G. (released in November 2020) and L.W. (February 2020).

The concept of L.W. revolves around nature, more specifically about trees. The band goes as far as to donate a dollar from every purchase of the record to Greenfleet in the pursuit of preserving Australia’s rich wildlife; a truly noble cause that I think many of us can get behind.

This sentiment is further carried within the music itself with a tribal and earthy feel throughout that is predominantly expressed through the percussion and ambient additions. The can be best heard on East West Link and Supreme Ascendancy, the latter surprising with cool plucky leads from what sounds like xylophones and woodwind instrumentation.

I’ve found myself poorly imitating the vocal lines from If Not Now, Then When? more commonly than I care to admit, even whilst I type this review out. Surely that’s a sign of a great rock and roll track when you’ve spun it several times and want to keep listening more. The vocal delivery on the whole here is varied with a heavy amount of reverb and slight echo for a dreamy-hazy vibe The production being a little shaggy works really well here.

This style of folk-orientated psychedelic rock and roll is done vibrantly by the band and features many ear worming choruses that are likely to stay around in your mind for much longer than you anticipate. See Me utilises a simple, yet infectious pre-chorus and main lead riff that give off strong rainforest vibes, as the vast array of layered guitars and background ambiance dance ecstatically.

Pleura is the closest thing to conventional rock that this record ever comes, and that’s not a bad thing. There’s a nice flow to the stellar bassline which carries most of the song and a good amount of slouch to everything, never being rigid enough to become boring or played out.

The album closer may well be one of the most impactful songs released by the band in a very long time, and with a name like K.G.L.W. you would expect no less.  Early into the song, you are greeted by a thunderous isolated kick drum which gives way to the band collectively chanting their initials as a proto-doom stoner riff plays leisurely. It creates a haunting atmosphere, darker and heavier than any other track on the record.

I’m particularly swayed by the final minute of the song; it has a powerful sense of finality about it. I wouldn’t be surprised if this track, and double album, was used as a swansong for the band, or at least the current iteration of King Gizzard.

I’m not sure what else to tell you, with the best part of 20 albums released to date. If you haven’t been won over by anything King Gizzard have done over the past decade then this is very unlikely to change your mind. That said, if you enjoy good-fashioned psych-rock, you’re in business with L.W. It offers plenty of new flavours to satisfy the hungriest of rockers.